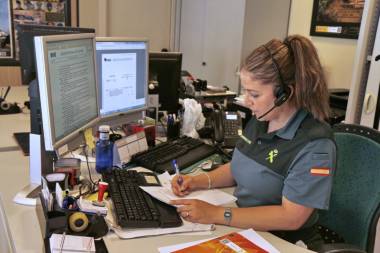 The 112 emergency number is a European standard and the operators speak a variety of languages, including English. Call 112 for the police, fire service, ambulance, or other emergency, remembering to be prepared to give your exact location to the call handler.

The 112 emergency number is the only number you need to remember, as the emergency call centre will help you whatever emergency you have, and can speak to you in English (and other languages). There are other specific numbers for the emergency services if you do speak Spanish.

062 is the emergency telephone number for the Guardia Civil. However, if you don’t speak Spanish, you are better off calling the 112 emergency services number.

The number 800 009 662 is an exclusive and free telephone number for the fight against terrorism. If you don’t speak Spanish, you should call the emergency number 112.

080 or 085 are the short numbers for the fire service, but if you don’t speak Spanish you should use the 112 emergency number.

The 061 telephone number is specific to medical emergencies. If you don’t speak Spanish, you should dial 112 instead.

The gender violence helpline, 016, is available to provide help to victims of domestic violence. The calls can be handled in any of 53 languages, including English. You can also WhatsApp to 600 000 016.

The suicide prevention telephone number is 024 and calls can be translated into a number of languages, including English.