December 06, 2022
Home News Could the End be in Sight for the Flashing Amber Light?

In the event of being in a vehicle and approaching a pedestrian crossing where an amber light is flashing, if pedestrians are waiting to cross, or indeed crossing, then vehicles must stop to allow the pedestrians to continue. However, due to changing driver attitudes, it would appear that stopping is becoming less of the norm, which is putting pedestrians at risk. 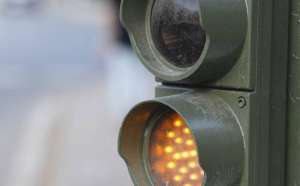 According to the General Directorate of Traffic (DGT), “The danger is in the amber,” and in particular when pedestrians are given the green light to proceed, when vehicles are presented with the flashing amber. Despite the rule being quite clear that the vehicles must stop, changing driver attitude is resulting in this signal becoming disrespected by drivers. When the situation appears, green for pedestrians, amber for vehicles, “the priority is for pedestrians, but drivers often ignore this and tend to speed up, with the consequent danger of being run over.”

According to the DGT, in 2020, 35 pedestrians died and 198 were hospitalised after being run over at a traffic-light-controlled crossing. In 2019 (the last without a pandemic), these figures were even higher: 47 deaths and 317 hospitalised injuries. According to data handled by the ETSC (European Transport Safety Council), between 2010 and 2018, more than 51,000 pedestrians died on roads in the European Union.

The Safer Roads Foundation (SRF) has focused on the danger generated by these crossings looking at Spain, which, as they point out, is the only country in the world that continues to have that intermittent amber phase for vehicles that coincides with the green phase for pedestrians. “That a child, correctly following the ‘green man’ instruction to cross, could die due to flashing amber is tremendously concerning,” they note.

After a study in Burgos and another in Benidorm (Alicante), the danger of being run over as a pedestrian was verified, for which it was recommended “to suppress or modify some times of these traffic lights”. The proposed solution in this regard is to “keep the vehicular traffic light red throughout the green pedestrian phase”, that is, at all times the traffic light is red for vehicles while the green one is on for pedestrians. The Deputy Director of Circulation of the DGT, Ana Blanco, has pointed out that the problem that occurs at these intersections is the contradictory message that is sent to drivers and pedestrians.

A similar situation occurred in the UK, again brought about by the disrespectful attitude of drivers. Belisha beacons were first used to protect zebra crossings in the London area and, following the Road Traffic Act 1934, were rolled out nationally in 1935. In those days, drivers were far more courteous, and would stop to allow pedestrians to cross. However, since the dawn of the millennium they have been reducing on the roads at some considerable pace, with many thousands having been replaced by higher-tech pelicans (red, amber and green lights for drivers; red and green men for pedestrians) and puffins (like pelicans, but with added sensors).

In 2011, the AA spoke of the problem being driver attitude, “Essentially, drivers don’t take as much notice of zebra crossings as they should because there’s no red light telling them to stop, and pedestrians don’t feel as safe as they do with a signal telling them when to cross,” said Andrew Howard, the AA’s head of road safety.

Of course, although driver attitude has played a huge part in this change, it is important to point out that pedestrians also have responsibilities, and, for example, must not just step out in front of vehicles, but should check that it is safe to cross first.

At the moment, the DGT has not made an official decision on the definitive elimination of the amber light, but they assure that they are considering taking measures in this regard to improve safety.

For example, a measure that the DGT could adopt would be not to use them in sections outside intersections or those that have right turns for vehicles on roads with more than one lane. In these cases, the green phase for pedestrians must coincide with the red phase for vehicles.