The Guardia Civil arrested a man as the alleged perpetrator of a crime against road safety, for driving an articulated vehicle with a rate of 1.16 milligrams of alcohol per litre of expired air, multiplying the maximum rate allowed more than seven times for professional drivers, which stands at 0.15 mg/l. 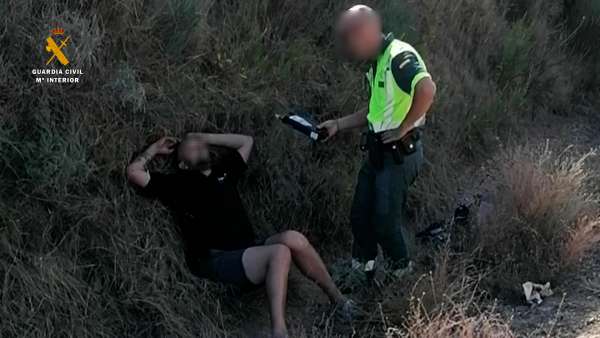 The Guardia Civil received several calls from drivers warning of the erratic driving in zig-zag and from side to side of the road, of a heavy vehicle with a 3.5-ton semi-trailer, which was traveling on the AP-68, at kilometre point 143 in the municipality of Agoncillo.

The agents of the Traffic Sector in La Rioja intercepted the articulated vehicle at kilometre point 145,300, Zaragoza direction, and subjected the driver to a breathalyser test since he presented symptoms of drunkenness. The result showed a rate of 1.16 mg/l of alcohol in exhaled air, more than seven times the permitted alcohol rate.

The man’s condition prompted his transfer to the Fundación de Calahorra Hospital, where he remained under medical observation for several hours.

Once he was discharged from the hospital, he was arrested and the corresponding criminal proceedings were instituted for driving a motor vehicle under the influence of alcoholic beverages, in turn processing the corresponding complaint bulletin for manifestly reckless driving.

The judicial authority has decreed the deprivation of the right to drive motor vehicles and mopeds for a period of 16 months.

Click here to read more about alcohol limits in Spain.