Road markings are there to serve as a means of separation for traffic, but they also provide the driver with information about the type of road and potential risks ahead.

A continuous white line on the road means that no vehicle is allowed to cross that line. A longitudinal mark consisting of two continuous lines has the same meaning. You are not allowed to cross the solid white line for any reason, such as turning into another road or overtaking. The only exception is in order to pass a cyclist, giving the minimum distance, and only when no other vehicles are approaching and only when it is safe to do so. 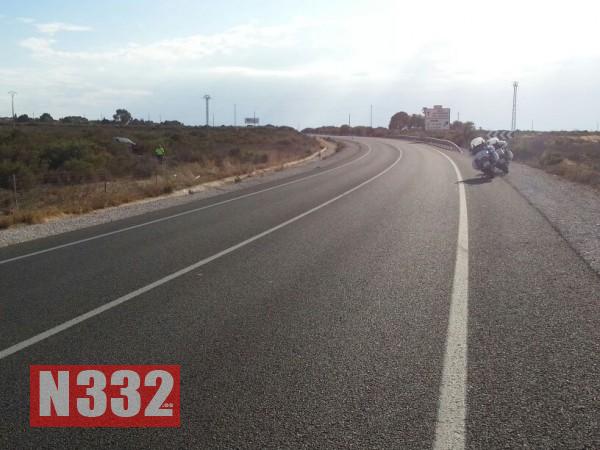 A broken white line is intended to guide the movement of vehicles within lanes and no vehicle should cross that line unless it is necessary and the flow of traffic permits it.

You are permitted to cross the broken white line in order to carry out a manoeuvre such as overtaking, so long as the way is clear, you don´t impede the movement of other vehicles. You must avoid the manoeuvre if you will not have time to return to your lane safely and before any other markings.

Broken white lines are also used to indicate the approach to hazardous areas and locations. In the event of the gap between the lines is shorter than normal, it indicates an area more hazardous than usual. These lines are also often wider.

Broken white lines are also used to indicate a special lane for certain types of vehicles, in this case the lines are significantly wider than in the general case.

Double solid lines have the same obligation as single lines, in that no vehicle is allowed to cross that line. Double lines are also used on reversible lanes or when traffic flows in both directions.

The lines marking the edges of the road and parking areas are not considered longitudinal markings.

A solid line arranged across the width of one or more lanes indicates that vehicles must not cross that line unless the obligations of the road are complied with. If there is an octagonal “Stop” sign for example, or if the words are written on the road, then the vehicle must stop and give way to traffic on the main road. In the event of the line being located at traffic lights or pedestrian crossings then the obligations of the driver to stop are as per the rules relating to those signs or signals.

In the event of your vehicle being a motorcycle, the rider must put a foot down on the ground in order to ensure that the vehicle has stopped correctly.

A broken line across one or more lanes indicates that, except in unusual circumstances that reduce visibility, no vehicle may cross that line until the way is clear and they have given way to vehicles on the main road. These marking may also be used at crossings, in which case the traffic lights and general rules of the road must also be adhered to.

A series of wide-width lines arranged in parallel to the axis of the road and forming a transverse set to the same band, indicate a pedestrian crossing, where drivers of vehicles must allow pedestrians to cross.

A cross consisting of two parallel dashed lines on the roadway indicates a pathway crossing for cyclists.

A triangle marked on the roadway indicates the obligation at the next intersection to give way to other vehicles. If the symbol appears within a single lane, the obligations are only for vehicles in that lane.

The <stop> symbol, marked on the road, indicating the driver required to stop the vehicle at or near the stop line or, if it does not exist, just before the road to which the vehicle is approaching and give way to vehicles on that road. When the symbol is placed within a lane, the obligation only refers to vehicles in that lane. 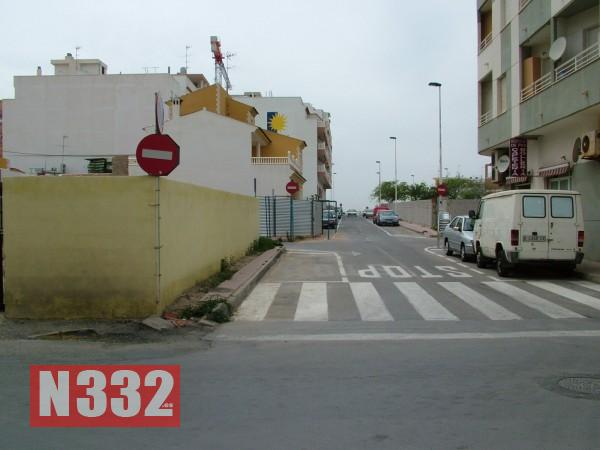 In the event of a speed limit being printed on the road, usually by means of numbers within a circle, no vehicle may exceed the speed in kilometres per hour. If the figure is located within a lane, the prohibition only applies to that lane.

An arrow within the confines of a lane indicates that every vehicle must follow the direction indicated by the arrow. If your intention is to continue in a direction other than where the arrow points you must instigate the necessary safe procedure to move into the correct lane.

Double arrows, such as those on motorways at junctions, indicate that the lane may be used by vehicle continuing in the direction of the main carriageway, and those preparing to exit. 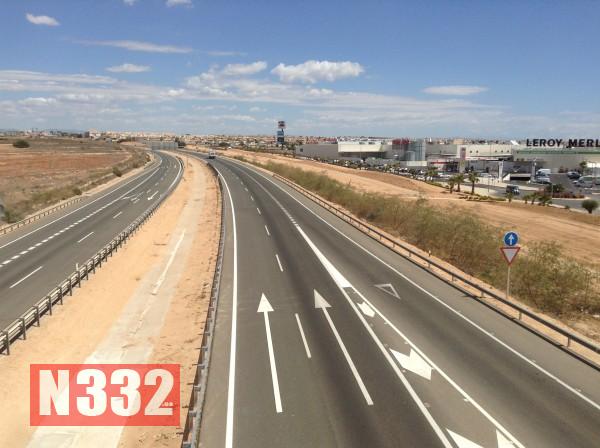 An arrow at the approach to the end of a lane indicates that another move needs to be correctly initiated in order to leave the lane.

A curved arrow situated between the spaces of the central white lines moving from the left of that line to the right, indicates the approach to a section of road where a continuous white line separates traffic and therefore vehicles such as those overtaking must return to their correct lane as soon as it is safe.

The letters P and N indicates the proximity of a level crossing.

Other areas may be identified as being for a particular type of vehicle, such as buses or taxis, or priority lanes for vehicles with higher occupancy. Parking may be indicated in some areas by means of working on the road and may indicate restrictions such as being reserved only for use by scooters.

An area marked by parallel oblique stripes framed by a continuous line indicate an area where no vehicle is permitted in that zone, except when forced to do so.

An area indicated by parallel oblique stripes framed by a dashed line has the same meaning, although vehicles are permitted to use this area in the event of needing to in order to carry out a manoeuvre that does not represent any danger. 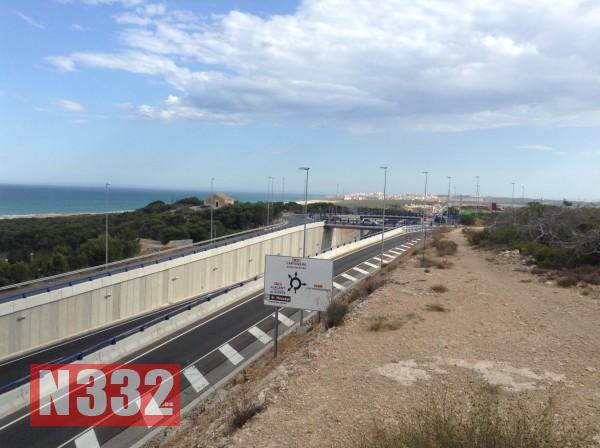 Locations marked with yellow zigzag markings indicate zones where parking is generally prohibited as the area is reserved for special purposes which require the area to be kept clear. 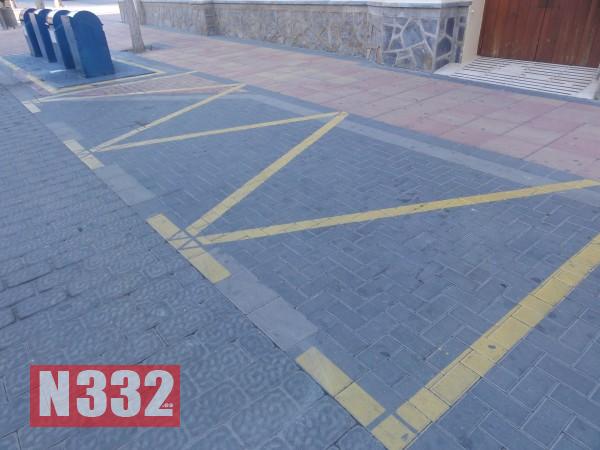 A solid yellow line at the curb or at the edge of the road means that the stopping and parking are prohibited or subject to any temporary restriction, as indicated by signs along the entire length of the line and on the side in which it is located. 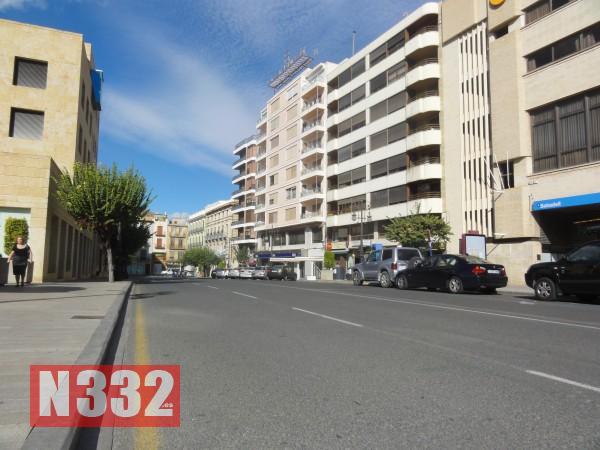 A broken yellow line on the curb or at the edge of the road means that parking is prohibited or subject to any temporal restriction, as indicated by signs along the entire length of the line and on the side in which it is located.

A yellow grid indicates an area where vehicles must not stop unless the exit route from the grid is clear and the only thing preventing the vehicle from continuing is oncoming traffic. If you think that your vehicle will stop and block the area marked out by the box junction, you must not enter the area. 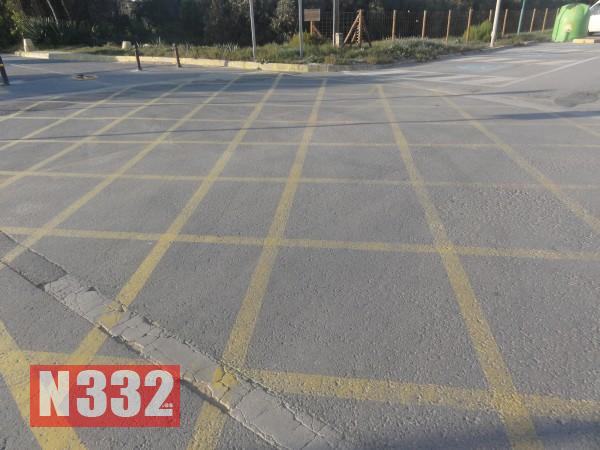 Blue lines indicate areas where parking is permitted, and indicates that, at certain times of day, a fee may be payable. 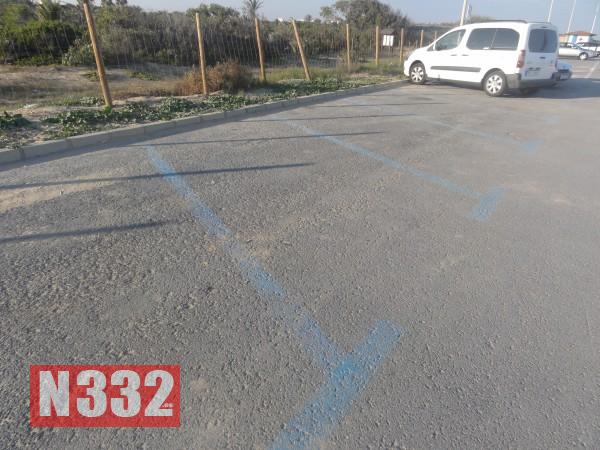