A number of people have asked what the different letters on the side of ambulances mean. Whereas there are some groups of letters which form the company´s name, there are those which indicate the role and purpose of the ambulance. 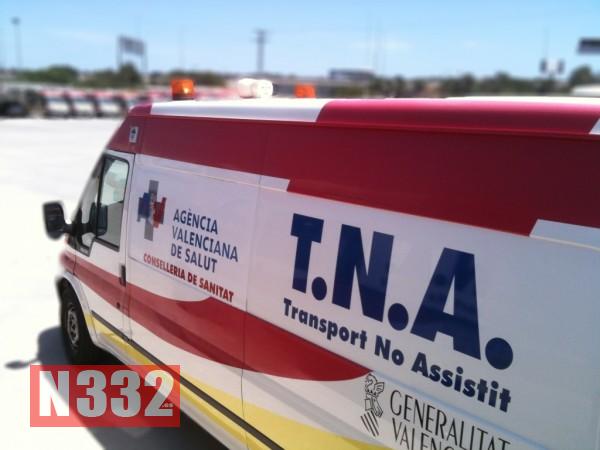 These codes may differ slightly in some areas and not all ambulances display them, but it is perhaps useful to know the difference between those ambulances we can identify.

The SAMU, or Servicio de Atención Médica de Urgencia, is an emergency ambulance, consisting of a full team of emergency personal, including a physician, nurse and support team member.

The second type of vehicle is the SVB, or Soporte Vital Básico, which is similar to the SAMU, although not usually carrying a doctor.

The third type of vehicle, perhaps most commonly seen, is the TNA, or Transporte No Asistido, which offers emergency response and ability to transport patients, but does not normally carry staff capable of rendering any medical assistance beyond basic first aid.

The difference between the three main types, SAMU, SVB and TNA, lies in the team of professionals who are on board. The SAMU are the only emergency vehicles that have a full team, consisting of physicians, nurses and orderly, therefore capable of dealing with more serious situations, and could be considered the equivalent of a paramedic unit in the U.K.

In total there are 45 SAMU vehicles that specialize in emergency services in Castellón, Valencia and Alicante. Most of those, 35 in total, operate on a 24-hour schedule, whereas the other 10 cover additional shifts of 12 hours each day. In addition to the 45 SAMU ambulances, the remaining fleet of 465 vehicles in total is made up of 100 SVB´s and 312 TNA´s, with an additional 6 support vehicles and two specifically adapted for transporting transplant organs.

Irrespective of the letters displayed, all these ambulances become priority vehicles when responding to an emergency and it should be remembered that if they are seen with lights flashing or sirens sounding then it could be quite literally a question of life or death and so we must all give way to allow them to pass safely.