On some 7,000 kilometres of the secondary road network in Spain, the maximum permitted speed limit is set at 90 kilometres per hour, on roads where no other restrictions are in force, in other words, where there are no signs indicating a stricter limit. 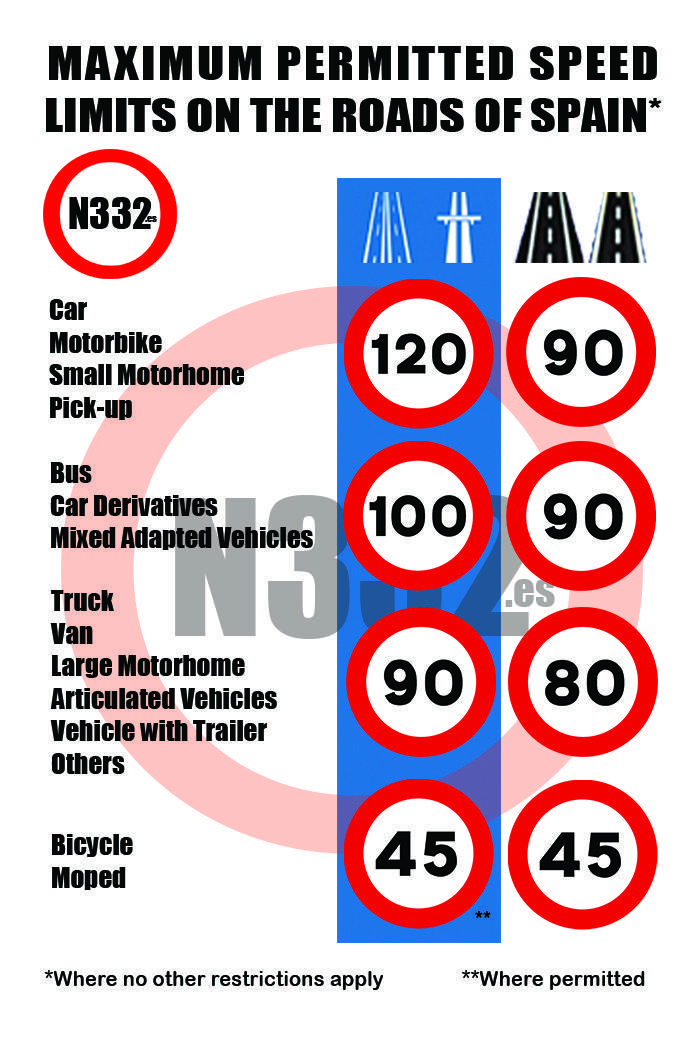 This is in effect the same concept as the commonly referred to “National Speed Limit” which is in place on British roads, where a maximum is automatically set on roads outside of towns.

The maximum permitted speed on the secondary road network is 90 kilometres per hour, for cars, motorbikes, small motor homes and pick-ups, as well as buses (except under certain circumstances), derivatives of cars, and mixed adapted vehicles.

In Spain, speed limits are dictated by three elements, the road, the vehicle, and the driver (in some cases). Therefore, some vehicles are still restricted further, such as trucks, vans, large motor homes, articulated vehicles, vehicles towing a trailer, and others not listed, which are restricted to a maximum permitted speed of 80 kilometres per hour on these roads.

Bicycles and mopeds are restricted to a maximum permitted speed of 45 kilometres per hour.

Remember, we are talking only about the secondary road network, where no other restriction is in place, so if there is a sign saying that the maximum permitted speed is 80, or 50, for example, then that is the case.

Similar vehicular restrictions are also in place on motorways, as we can see from the table. It is important to know what classification your vehicle is, if it´s not so easy to identify such as is the case of cars or motorbikes, and you can find that information on your documentation.

Some drivers are also restricted such as may be the case those suffering certain medical conditions, for which the doctor has determined a restriction is necessary.