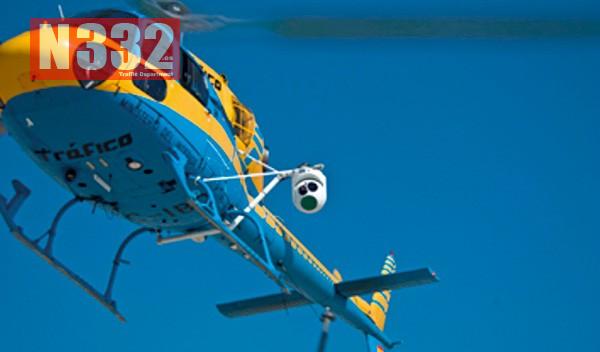 The helicopter is positioned above the vehicle to maintain visual contact. The pilot and cameraman operate in co-ordination. It is equipped with two cameras: one, panoramic, follows the vehicle and captures its speed; the other, with telephoto lens, reads the registration number. 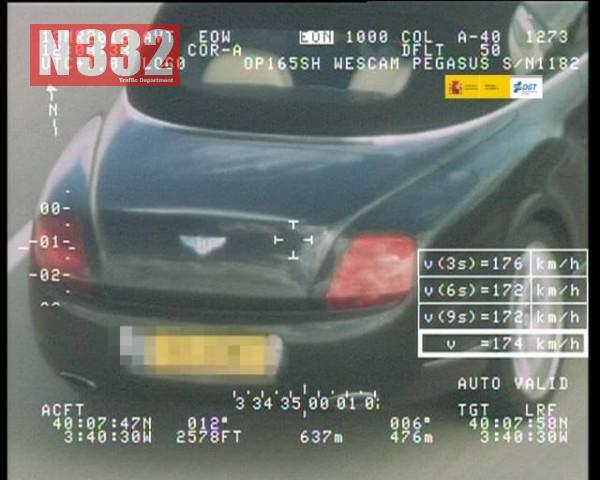 The new aerial radar has an advantage: it’s more selective and allows observation of drivers’ conduct, identifying risky behaviours. Pegasus can operate from a height of 300 metres and from a distance of one kilometre away from its target.

The purpose of the system is to recognise the geographical co-ordinates (latitude and longitude) of the vehicle it’s checking in order to calculate its speed.

Firstly, the helicopter is positioned with extraordinary precision, by way of various mechanisms (gyroscopes and speedometers) and a computer programme added to the surveillance cameras.

Next, a laser measures the distance between the helicopter and the vehicle every three seconds. With these data, the successive movements of the vehicle and its speed can be determined to record the offence. With the offence confirmed, a frame from the video recording is sent as evidence telematically to the Centre for Automated Complaints Processing (ESTRADA), where the incident will be handled. This also includes anticipated criminal offences, for which a Guardia civil patrol can be contacted immediately from the helicopter. 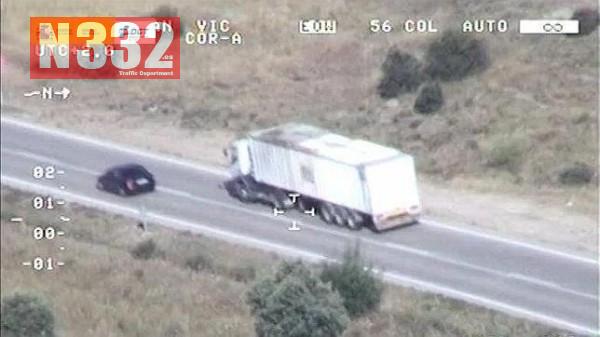 How the new aerial radar works, step by step: 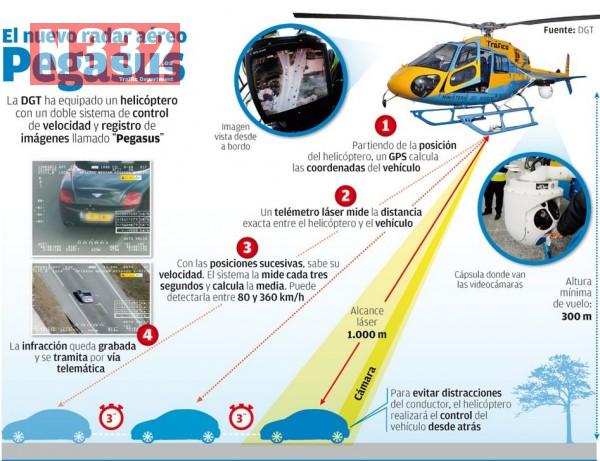