Speed is one of the main contributing factors to road traffic incidents and fatalities, with 8 out of 10 deaths attributed to speed; it is something that every single driver can do something about thus reducing the risk for all.

However, as the need for speed intensifies, as cars get faster and the ride is smoother, traffic police still have a major task ahead of them when it comes to enforcing the law. 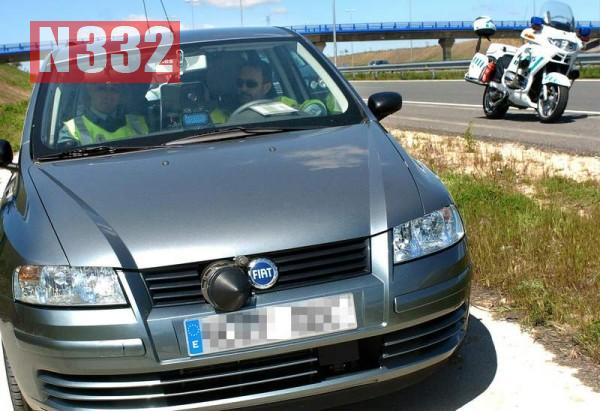 The Multanova 6F is an example of a microwave radar which sends a beam to the vehicle which then bounces back to the receiver. The variation of the wavelength then allows the processor to calculate the vehicle´s speed and, when the speed is above the programmed threshold, it automatically takes a picture which it sends to the DGT headquarters for processing. 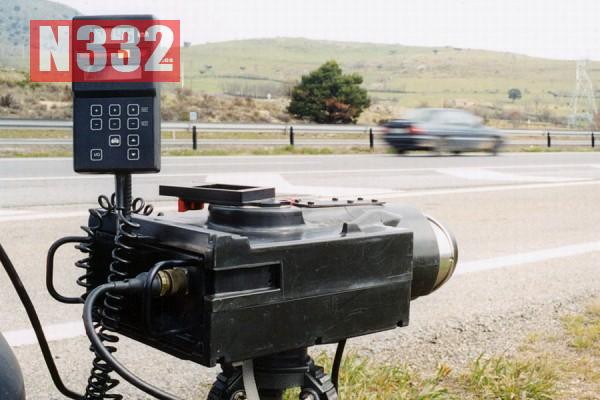 These microwave radars can be in fixed locations, such as at the roadside, are fitted to a number of traffic law enforcement vehicles, and are available as mobile units. You might sometimes see telltale signs of these units on Guardia Civil cars, where there is a protrusion from the front of the vehicle that looks a little like a cone. These units are sometimes fitted to camouflaged cars and can communicate the captured information to officers are a roadblock or checkpoint instantly.

A similar device which is available in fixed and mobile formats is the Autovelox 105, one of the easiest devices to carry and set up and can operate from vehicles, the side of the road, or mounted on street fixtures. They can also be installed in permanent casings. 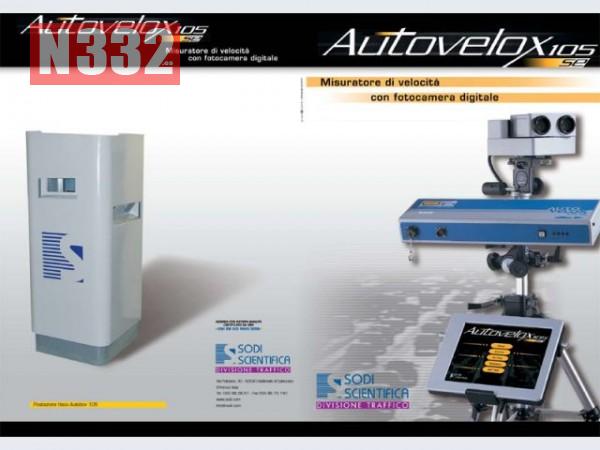 The Autovelox 105 is capable of measuring the speed of vehicles, as well as the distance between vehicles, and their length and width, thus allowing it to monitor cars and trucks from independent databases.

Typically, the device has two main elements; one part emits two parallel laser beams across the road, from the unit, which are spaced at 40 centimetres apart. A vehicle passing the unit first breaks the first beam and then the second, that allows the unit to calculate the speed as the beams are at a fixed distance. As a double check, the unit also calculates when the two beams are recovered; working out the time between both beams being restored once again. The unit and calculation can calculate within a 1% margin of error.

Once satisfied that the vehicle has travelled beyond the permitted speed for the road, the second element then takes over and takes two photographs the offending vehicle from behind, which can take place at night, given the built in flash. The photographs can either be taken manually or automatically by the system. This type of unit typically only takes the picture from the rear of the vehicle, as the offending car must have activated the sensors in order to qualify for a sanction. 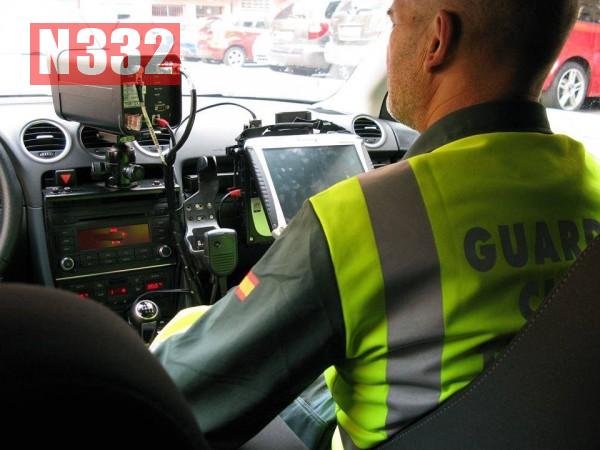 Whereas the equipment fitted to vehicles does become easier to spot with the trained eye, the latest radars being used by the Guardia Civil are virtually impossible to spot. In the new MultaRadar CD, the cone shape previously on display has been replaced by a large rectangle, similar in size to the vehicle´s number plate, which has currently been installed in 50 brand new vehicles. 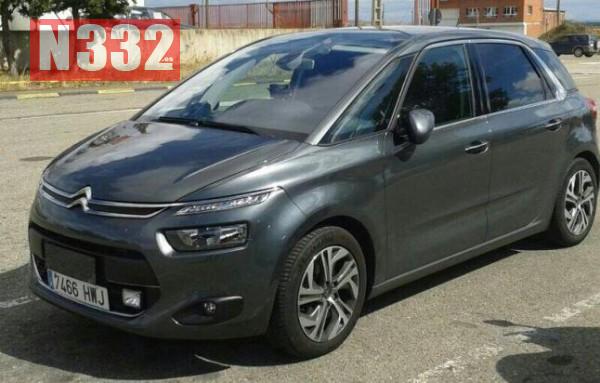 The fixed distance segment cameras record the data identifying vehicles into and out of a controlled stretch and the exact time they enter and leave. Subsequently, a processor calculates the average speed at which the vehicle has travelled through the controlled area, and if the limit has been exceeded it sends the data and photographs to the DGT for processing. 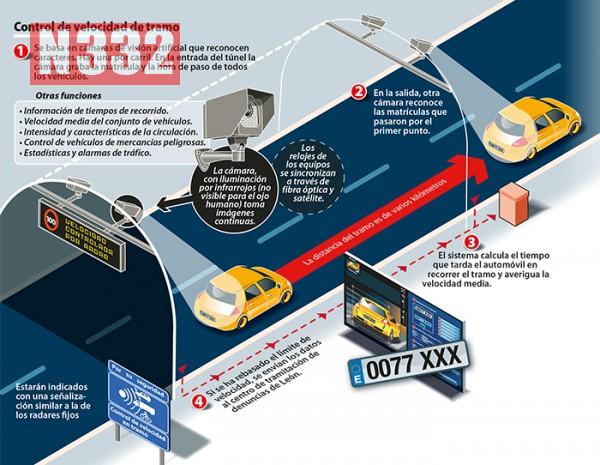 Although these devices are set up in a number of open locations around the country, one of the favourite places to find them is on tunnels, where the data is recorded on both the entrance and the exit.

The last type of radar used by law enforcers is the eye in the sky. Pegasus radar equipment is installed on brightly coloured blue and yellow helicopters. The WESCAM MX-15 works by taking three shots of the speed of a vehicle relative to the GPS position and speed of the aircraft. With these three measures the average speed of the three shots taken at intervals of one second is calculated. 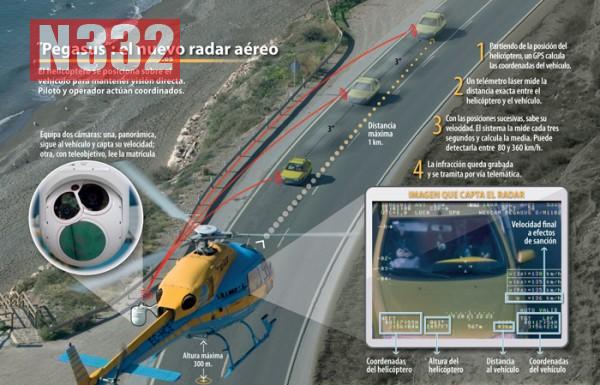 Similarly, in the interest of improving road safety, acting as a deterrent, the DGT already publishes the locations of fixed cameras on its website, and has started to publish the locations of mobile and temporary speed traps.