In summer, the process will begin whereas we will begin to say goodbye to the traditional emergency triangles that have been with us since July 1999. 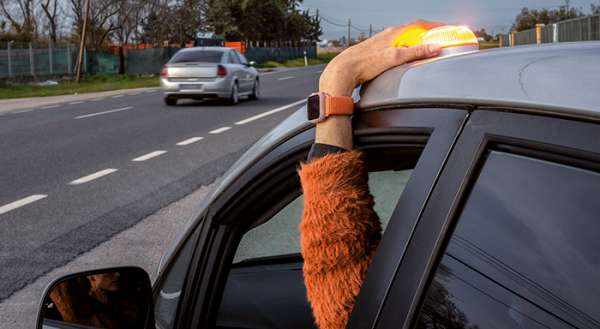 Emergency triangles are set to be replaced using a flashing orange light which, when fixed to the highest part of the vehicle, such as the roof, provides a more secure method of indicating that a vehicle is in trouble on the road. Officially, the lashing light is known as the V-16 signal.

The reasoning behind the change is that, according to data from the DGT (not counting Catalonia and the Basque Country), between 2019 and 2020, 28 pedestrians were killed on the road after getting out of their vehicle. To this figure, we must add the 4 people who died in the same circumstances that have already been counted until January 31, 2021.

How is it used?

In the event of an emergency situation such as a breakdown, the light is placed on the highest possible part of the vehicle. We thus guarantee maximum visibility. To place it, we do not need to get out of the vehicle or walk along the road avoiding traffic, as was the case up to now with triangles.

How do you find me?

The device incorporates a geolocation system that, once activated, sends the location of the stopped vehicle to the DGT 3.0 cloud every 100 seconds, so that this information reaches other drivers.

The use of the new devices comes into force on 1 July 2021; however we will still be able to use traditional warning triangles or a light without geolocation until 1 January 2026. From that date, the only thing allowed to signal incidents will be the light signal with geolocation.

Why has it changed?

The modification of the V-16 signal (official name, according to the General Vehicle Regulations) is included in the Royal Decree that regulates emergency services on public roads. Jorge Ordás, general deputy director of Mobility Management and Technology of the DGT, explains that the emergency triangles are removed due to the high number of fatal accidents that occurred when drivers left their vehicles to place or collect them after having suffered a mishap on the road.

What if I must get out of the vehicle?

According to the new regulations, “as a general rule”, we will leave the vehicle if there is a safe place off the road and always on the opposite side to the flow of traffic. If we cannot safely exit, we will wait for assistance inside the vehicle with our seat belt on.