February 03, 2023
Home F.A.Q. The Difference Between Autopistas and Autovías

It is not always clear to many drivers who move through the motorway network, but there are two very different types of high-speed roads in Spain.

The two types of roads share a lot of characteristics, but also have subtle differences. Both are motorways, but autopistas (AP-7 for example) and autovías (A-7) have their own definitions. 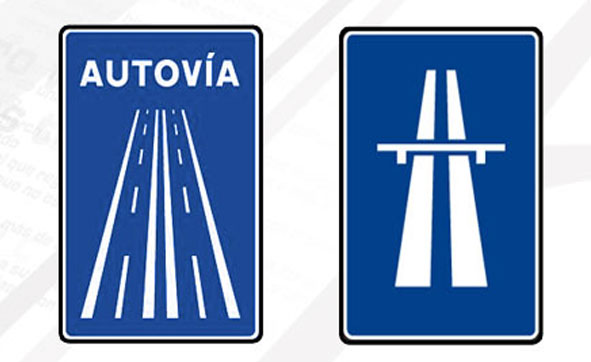 Both have two lanes (at least) for each direction separated by a median (a central reservation), in both the maximum speed is 120 kilometres per hour (apart from exceptions), and a minimum permitted flow speed of 60 kilometres per hour, and so if your vehicle is not capable of that speed, you are not allowed on.

Both autopistas and autovías do not have junctions which cross other roads, they have fast flowing entrances and exits which join and leave the flow of traffic and hard shoulders.

In addition, autovías and autopistas have service areas, normally no more than two hours apart, at most, to allow you to stop for a break, and, in general their use is restricted to cars, trucks, buses and motorcycles that are capable of reaching at least 60 kilometres per hour on the flat .

Neither the autopistas nor the autovías go through urban centres, but border them and go around them as bypasses. The maximum permitted speed of a motorway passing an urban centre is normally reduced.

However, the question is not of their similarities, but rather of their differences. The difference, generally, is technical, by which both are denominated differently, as well as a slightly more interesting reason that is historical: the autovías usually have their origin in old roads that underwent a transformation and conversion in the 1970s and 1980s. This is not always the case, but it is usual for an autovía to follow, at least partially and for some of the two directions, the route of an old national road.

This means that the autovías can have certain limitations. For example, they may have curves with steeper turning radii and greater climbs on slopes. Also the width of the hard shoulder can be affected and be narrower on the autovía than they are on the autopistas. 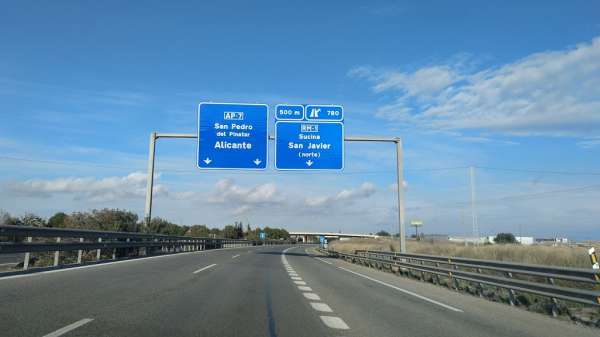 However, the newer autopistas do not usually have these limitations for the most part, so in practice and increasingly the difference between an autovía and a newly constructed autopista is more in its original design than in its effective function.

Another important difference is that, in general, the autovías are not toll roads while many autopistas are.

Primarily, to sum up, autopistas are a newer version of a motorway, specifically designed, from scratch, and feature fast-flowing pathways with long curves, and a sterile environment for drivers in order to reduce distractions, thus permitting the speeds to flow more constantly than on an autovía.