A persistent question that often arises is about loose objects in the car, such as a whether you´re allowed to carry a shopping bag on the back seat. 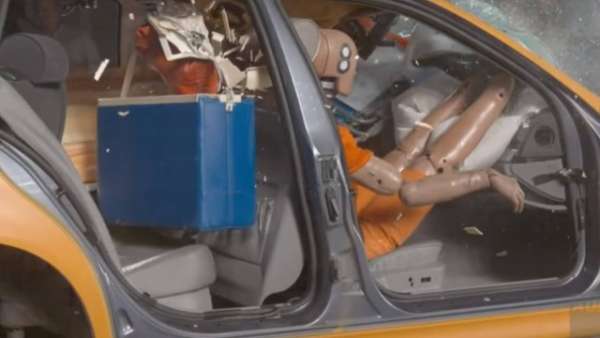 All items in a vehicle must be secured, whether that be the occupants, or goods that are being transported, including shopping.

The reason for this is simple. In the event of a collision, loose items keep moving, and they keep moving at the speed you were travelling at the time of the collision, increasing in force.

Let us look at some simple examples, based on a vehicle travelling at 50 kilometres per hour.

A set of keys, which may seem insignificant, weighing say 40 grams, if they impact at 50 kilometres per hour, the equivalent weight is that of 500 grams. In other words, if a set of keys are left on the parcel shelf, when your vehicle travelling at 50 kilometres per hour is involved in a collision, if those keys hit you, it is the equivalent of being hit with a 500 gram weight.

The same applies for animals. They must also be secured in transit. Not only for their safety, but yours as well. In terms of our examples, a dog which weighs 20 kilograms would convert to the equivalent of 250 kilograms at impact, the equivalent of just under 4 adult humans.

These examples show how weight and force can have an impact, in the hope that it may explain why it is important to secure all items in a vehicle. Although a shopping bag may not seem important, when the items become loose and fly around the vehicle, they act as projectiles which could so easily have a fatal impact.