Recently, we mentioned about new radar speed detectors that can be carried on motorbikes, part of a new range of equipment purchased by the Spanish government to improve road safety. Since then, the internet has gone wild with stories about these radars with some old myths resurfacing and a lot of speculation becoming accepted as fact. 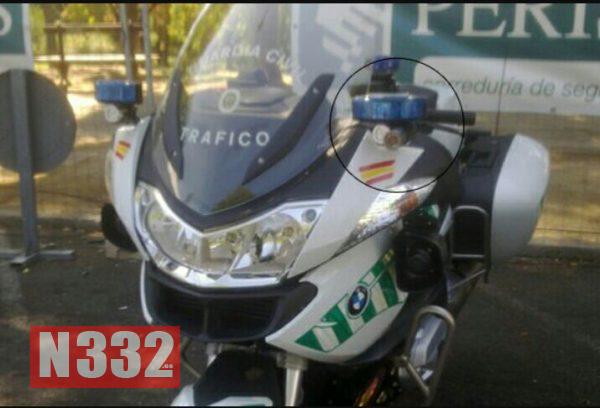 In issue 2 of N332 RoadWatch magazine we decided to clear up some of the confusion caused by these speculative articles by giving you the facts about roadside radars and speed detectors.

First of all, when we said “The DGT has spent a million euro on new mobile cameras which can be carried by traffic police on their motorcycles”, that sentence is entirely accurate. These cameras and radar detectors are not installed on the motorbikes, they are carried on them, in the panniers, allowing the officers to set up temporary detection zones in the most in just about any location. There are some places in Australia and Poland for example where radars are fitted to the motorbikes, but in Spain, the Guardia Civil do not have such a feature.

The question is how does this speculation come about? Well, this time, it has been caused by two very different source images. Firstly, as we also explained last month, the Guardia Civil officers have taken to the roads on new motorbikes. The front of these motorbikes are very different to the previous ones and there are pieces of equipment which are now more visible. We showed you one of these on the cover of this issue of N332 Roadwatch, a cylindrical protrusion. This, some people believe, is a radar camera. It is not, it is a light. In fact there are two of them and they are the lights which flash red to advise a vehicle in front to stop. 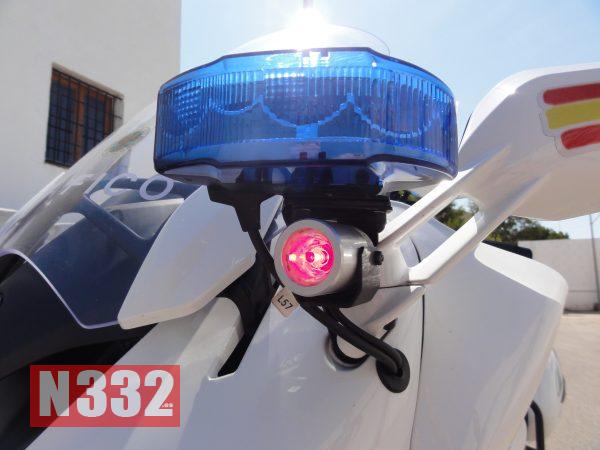 It is true that they look a little bit like a camera though, in fact they look a lot like some other images which have also been printed in some newspapers of a camera on a Guardia Civil motorbike. These images are very real, although they are now quite old. They are cameras but they have no means of detecting, monitoring or reporting speed. In fact, they were part of a pilot scheme to test what we know as ANPR, Automatic Number Plate Recognition, designed to monitor vehicles looking for those without tax or insurance for example. Some 300 bikes were fitted with the equipment, they were part of a test some years ago, and are not in service right now.

Whilst we are on the subject, another image has started doing the rounds again, that of a radar detector hidden in a roof box of a car. The first thing to point out is that the Guardia Civil do not use any kind of underhand, obscure detection equipment. They use unmarked vehicles, although there is a discussion taking place at the moment with a view to potentially stopping this practice and only using marked vehicles, but they always attempt to make road users aware of their presence by using signs warning they are there. In fact it is not the aim of the Guardia Civil to catch motorists speeding, it is their aim to slow traffic down to an acceptable and legal rate. 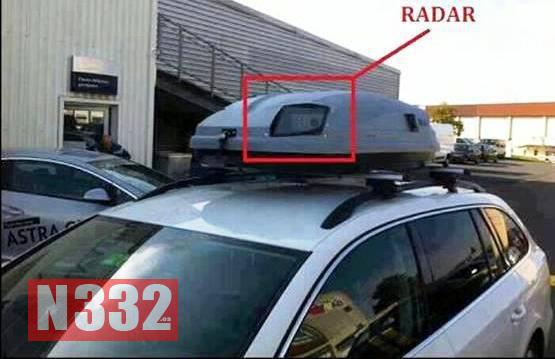 Secondly, the geodata in the image reveals that the car with the hidden equipment in the roof box is parked on the forecourt of Opel Crissier – Milliet SA, Chemin de l’Esparcette 6, 1023 Crissier, Suisse. That´s Switzerland to you and me.

So now we have cleared up the confusion, perhaps we can explain some of the actual equipment being used on the roads right now in Spain, which includes monitoring devices for speed, but also for drivers who skip trough red lights, and, more recently, such bad practices as using a mobile phone and the use of seatbelts, like Traffic Eye we looked at last month.

Here are the five types of monitoring devices currently in use.

There is also another monitoring device which is sometimes confusing to motorists, as these metal boxes live alongside the road network but have no visible means of taking a picture. They are identifiable by a square marking in the lane nearby, which is a monitoring sensor, sending information to the roadside box. These devices are used to monitor traffic flow statistics and are not used in enforcement, which is why they have no means of recording individual vehicle details. They are able to record the vehicle type and the number of vehicles using an area, providing essential data to road planners.

In total, across Spain, there are currently 800 fixed cameras, 16 Fixed-Section Radars and 6 helicopters equipped with Pegasus, as well as countless patrols from both the Guardia Civil and the police.

If you´re wondering where the most likely location to be snapped for speeding is it is on the A4 in the province of Jaén, where a Fixed-Section Radar controls the road between kilometre posts 242 and 245.