Following a video recorded by a passenger in a car, the Guardia Civil located and denounced a scooter rider who was travelling along a motorway and wearing headphones. 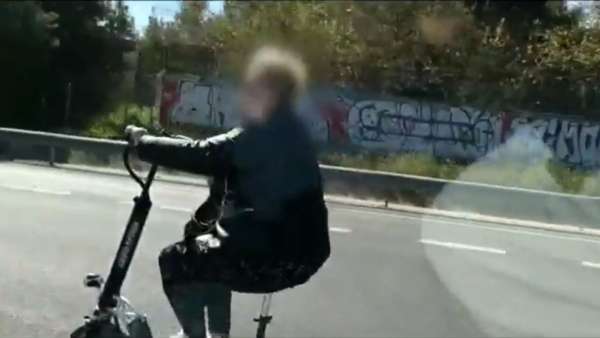 The woman has been charged with two sanctions, firstly for riding the vehicle on a road where it was prohibited, and secondly for wearing headphones whilst she drove the scooter.

The woman was recorded travelling along the CV-35 (Valencia-Ademuz) and the CV-30 (Ronda Norte), the footage being given to the research and analysis section (GIAT) of the Guardia Civil Traffic Sector in Valencia.

After analysing the images, the officers found that the woman was driving along a section of motorway with four lanes, on which traffic is usually intense. The investigators were also able to see that she was wearing headphones.

Therefore, the officers launched a search for the woman, and alerted traffic patrols to monitor the area, and it wasn´t long before a traffic patrol located the woman using the same scooter along a five-lane stretch of the CV-30, and, once again, wearing headphones.

The woman was intercepted, identified and reported for the offences both witnesses by the officers, and those of the recording, where she faces a fine of up to 1,100 euro.