November 27, 2022
Home F.A.Q. Thinking of Buying an Electric Scooter this Christmas? You may want to reconsider!

In the last year, the interest in Personal Mobility Vehicles (Vehículos de Movilidad Personal or VMP) has rocketed, not only in Spain, but global interest has seen a variety of vehicles taking to the streets and pavements, but the speed in which they have spread has caused legislative problems and confusion amongst many different sectors. 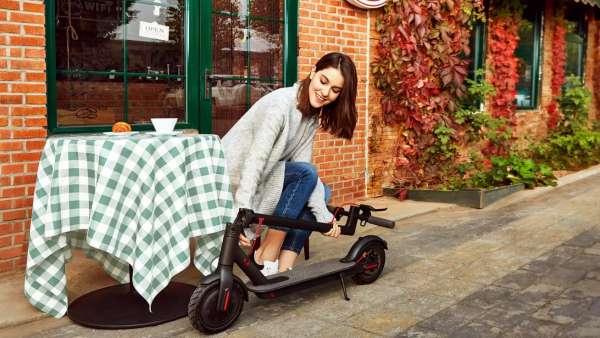 Sales are expected to be high this Christmas in Spain, but there may be a sting in the tail as strict legislation is just around the corner.

We have already seen this week that the first fatality involving one of these vehicles has been recorded in Spain, and with many of their users unlicenced and untrained, legislation to ensure safer practice was inevitable. Now, the DGT intends to include these vehicles in the latest adaptation of vehicle regulations, with some of the vehicles requiring registration, licences to drive, and insurance.

The makeup of these vehicles transcends such a wide range, from small skates to larger and more complex machines. Some are electrically powered, others have combustion engines, and yet, so far, whatever the size, scale or power, other than a few elements already covered by law, the vehicles have so far been grouped together.

The only real official information so far was in 2016, when the DGT issued Instruction 16.V-124, which was little more than an informative notice with little regulatory effect, and which has not been touched since, despite the vehicles in the category undergoing major transformations.

As the basis if these vehicles is that they would only be used within the city limits, it was believed sufficient for the framework of the legislation to allow local authorities to derive their own rules, which inevitably led to confusion when users would travel to different cities, and in those locations where towns simply hadn’t bothered to create their own norms.

There were city councils, like Madrid , Barcelona and Seville for example, who did develop Municipal Ordinances with which to tackle the problems.

Since then, the new Director General of Traffic, Pere Navarro, has been working to properly catalogue Personal Mobility Vehicles in the next changes to the Vehicle Regulations within a new reform of the Road Safety Act scheduled for mid-2019 with the hope to be able to properly regulate the use of these vehicles for use as urban unipersonal transport.

Whilst the legislation is still being finalised, so far these vehicles have been segregated into four different categories:

In addition to this effective separation duly recorded in the Vehicle Regulations, there will also be new developments in the regulatory plan since both electric bicycles and VMPs will require a vehicle identification and a European Community certification that must be supplied by the manufacturer of each vehicle.

In the case of the L1e, the legislation will mean a much more complex process. These vehicles until now were being used as VMP but due to their size characteristics, halfway between bicycle and VMP, in addition to having a motor that makes them significantly faster and the possibility of incorporating a seat, they were clearly being misused. 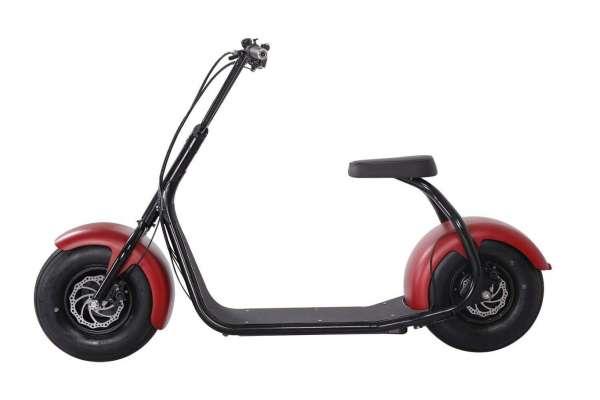 From now on, these vehicles will become part of the L1e category and will require users to have the same treatment as if they are mopeds, that is to say that the rider must have a licence for the vehicle (AM category licence), they must have registration and display the registration number plate, and they must have insurance. In addition, their speed must be limited to a maximum of 45 km / h.

If you are a current user of Personal Mobility Vehicles, you may see changes based on your vehicle. In addition, the authorities will have a more precise focus within the legislative framework. What that means is that the ordinances will be applied conscientiously removing these vehicles from the pavements and being able to ensure control of the documentation that is necessary in each case.

If you are not yet an owner, or are thinking of buying one as a Christmas gift, then you may well soon find your vehicle confined to the dumpster, if the recipient is no longer able to ride it, or you are unable to get the vehicle registered and insured, bearing in mind that the vehicle type may determine this and, in some cases, it may not be possible at all, resulting in the only option being scrapping your new toy.

On the other hand, a price increase is expected in the models that will require identification and a mandatory certification under penalty of administrative sanction, and so, if you’re prepared to gamble, you might just pick up a bargain right now.

One of the most upsetting changes to the law will no doubt be for current users of the L1e family of vehicles. Although it is true that until now these small two-wheeled vehicles did not need any registration, if the law is approved, which is very likely, vehicle registration, insurance and licence will be a must for those currently being used now, the moment the act come into force.