The General Directorate of Traffic has published a new Instruction, which includes the new signage to help identify the location and main characteristics of electric charging points on the roads. 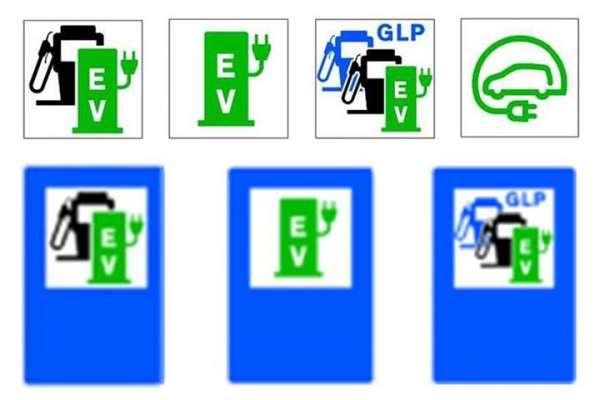 The electric recharging points already installed on highways and urban roads needed to be marked and included in the Official Catalogue of Road Signs, for which the Ministry of Transport, Mobility and Urban Agenda, the Ministry for the Ecological Transition and the Demographic Challenge and the Ministry of the Interior, through the General Directorate of Traffic, began to work together with the aim of agreeing on its content in line with the signals that already exist in other countries of the European Union.

In addition, the corresponding “electric vehicle” pictogram has also been agreed upon for use when it is necessary to specify that the scope of a certain signage refers to this type of vehicle.

The recharging points will be marked on the roads with the signs whose pictogram and meaning are indicated below:

The electric vehicle pictogram will be used when it is necessary to indicate that the scope of the signage refers to this type of vehicle.

All these pictograms may be placed individually or collectively on the service signs that you can find both on the road and in urban areas.

The instruction comes into force this week and the newly installed signs must conform to the formats contained therein. However, its application will be progressive as the signs are renewed due to their state of conservation.