There are a number of different speed limit signs in Spain, some of which we should recognise as they are the same as the UK, but others are different, so let us explain what each of them mean.

All roads have a maximum permitted speed limit, even those where signs do not exist, and that limit varies depending on the type of vehicle or vehicle combination. Today we are looking at the specific road signs.

This sign should be obvious to all drivers. Black numbers on a white background, surrounded by a red circle, are mandatory speed limits. This sign indicates the absolute maximum speed that a vehicle may travel at on the stretch of road. We must point out though that the word maximum is key. It is not a target, and if the road conditions dictate, you should drive slower than the speed indicated if that is safer. However, you absolutely must not exceed this speed limit, without exception. 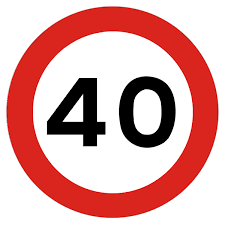 This sign is a blue square, on which numbers appear. This also indicates a maximum speed, but in this case, it is only recommended, it is not mandatory. Of course, it is a good idea to reduce your speed according to the recommendation, as it is there for a reason. If, however, you are going slightly faster than recommended, it is not sanctionable. You will often see this sign at locations such as bends, or tunnels. It may also be accompanied by another indicator sign which tells you when it should be applied. 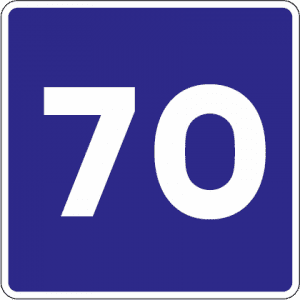 Sometimes, the sign will display a range of speeds, in this case, you have to determine what is the safer speed to travel at considering factors such as the weather or road conditions. 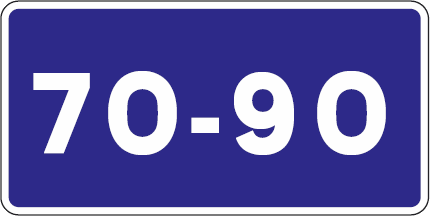 This is also a blue sign, but on this occasion it is circular. All circular signs indicate to us an action that is obligatory or mandatory. On this occasion, a circular blue sign indicates a minimum speed which vehicles must travel at. 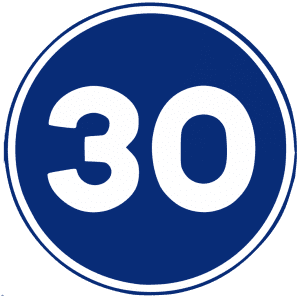 You sometimes see this sign on individual lanes on multi-lane roads, where slower moving vehicles are not permitted to travel in some of the lanes. It can also appear on other roads as a sign on its own.

All roads in Spain have a minimum speed, which is why some vehicles such as tractors are not permitted on motorways, for example.

This is a road sign, although you will not see it on a pole on the road, you will see it affixed to the rear of a vehicle. It is intended to show drivers behind that the vehicle is speed limited. You may see it on the back of a street cleaning machine for example, but you may also see it displayed on a private car. A doctor is able to limit a driver from driving above a certain speed, in which case the vehicle must also display this sign. 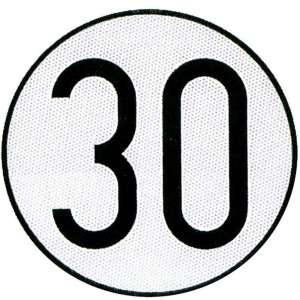 Some vehicles and vehicle combinations also have mandatory reduced limits at times, such as buses, trucks, cars towing trailers, these vehicles do not display the speed limited sign.

As a final note, there are also signs which are identical to those we see every day, but they have a yellow background, such as is the case with the sample of the yellow sign that is identical to the maximum permitted speed sign. The same rules apply, but yellow signs are used for temporary restrictions, such as during roadworks. A sign with a yellow background takes priority and overrules any other similar sign at the location. 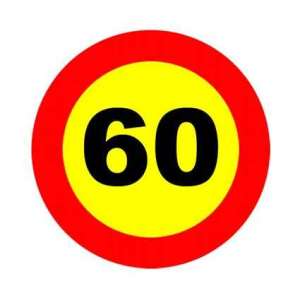