February 03, 2023
Home News Two drivers investigated for intercepting each other

The Guardia Civil has investigated two drivers for two crimes of reckless driving with manifest disregard for the lives of others and causing a road traffic collision. 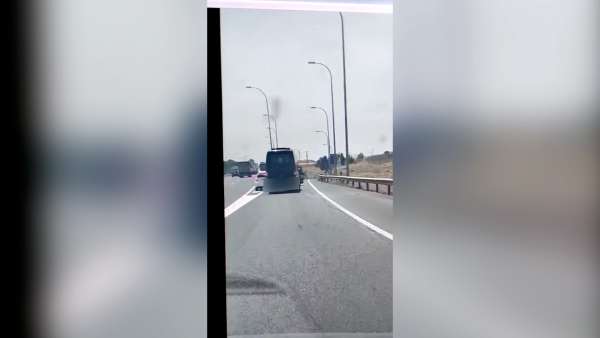 The events occurred at kilometre point 27,000 of the A-4 highway (Autovía del Sur), a section belonging to the municipality and judicial district of Valdemoro (Madrid), when the driver of a minibus prevented a passenger car from overtaking, interposing in the trajectory the vehicle was taking, placing both in the left lane, as well as in the central one and in the right one.

Once overtaking, the car began to make sudden braking manoeuvres and get in the way of the minibus on several occasions. Finally, the minibus ended up colliding with the car as it joins a roundabout that gives access to the M-404 road.

The two drivers have been investigated by agents of the Traffic Sector of the Guardia Civil of Madrid, for two crimes of reckless driving, with the Court of Instruction number 6 of Valdemoro being in charge of the investigation.

Article 380.1 of the Criminal Code establishes that: “Whoever drives a motor vehicle or a moped with manifest recklessness and puts the life or integrity of persons in concrete danger will be punished with prison sentences of six months to two years and deprivation of the right to drive motor vehicles and mopeds for more than one and up to six years.

The Guardia Civil appeals to the civic conscience of the population and if you find yourself in a similar situation, you can call 062 (the Guardia Civil, in Spanish ) or 112 (Emergencies, in many other languages, including English) and in the event that you have a recording, from a dashcam for example, or have a link of interest, you can contribute them in the channels created by the Guardia Civil, at https://www.guardiacivil.es/, in the Denuncias (complaints) section, where you will find “Aplicación (e-denuncia)”, which explains the process.