What is the rules regarding having your lights on during daytime when driving through road works?

These days we see a lot of cars travelling during the day with their lights on already, but these lights are usually very different to the ones referred to as “headlights”.

Since 2011, all new cars and trucks sold in EU were required to have Daytime Running Lights (DRL) installed, which turn on automatically with the engine, in accordance with a new European directive designed to improve road safety. The rule also became mandatory for trucks and buses from August 2012.

The DRL is a new method of illumination, with low energy consumption, but is not designed to provide additional lighting for the driver, but rather to improve “significantly” the vehicle’s visibility to other road users.

Studies on the use of this lighting show, according to the EU executive, road users including pedestrians and cyclists, more clearly detect vehicles equipped with daytime running lights than those who do not have this device.

However, the question above refers to traditional headlights, which also provide additional illumination for the driver as well as other road users, and the circumstances they must be turned on during the day.

There are certain times and locations when you must turn your lights on during the day, these locations are indicated by a white pictogram of headlights on a blue circle sign. You will see these as you approach tunnels for example. 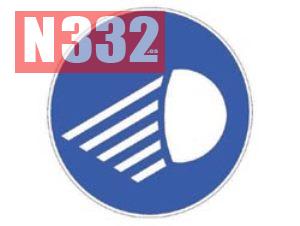 In addition, during the winter months when the sun is lower and visibility can become problematic as a result, the DGT recommend having headlights on during the day to achieve the same increase of visibility as is achieved through the DRL.

Under normal circumstances however, there is no mandatory requirement to have your headlights on during the day, and that also applies when driving through road works.

Article 104 of the Reglamento General Circulacion, refers to the use of headlights during the day, and explains how you do not have to turn on your lights when there are road repairs on the road, but details the situations when it is compulsory.

All vehicles travelling on a reversible lane, sometimes called a bi-directional lane, which can at times be used by traffic in either direction. These sorts of lanes are common near to city centres, where the flow of traffic can alter to give more space for vehicles in one direction, such as towards the centre of the city at the start of a working day, and then away from the city at the end of the day. Although the accessibility of the lanes will be clearly marked, there is a risk to other road users and so increased illumination is of benefit. 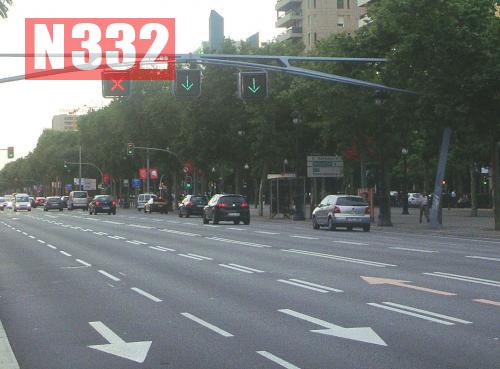 A circumstantial additional lane, such as when a lane is created with a series of cones to avoid an obstruction or to improve the traffic flow in one direction. These “circumstantial” lanes are often created at busy holiday times, allowing the road management to create extra lanes to ease congestion at certain times, such as when many people are expected to leave a city to go on holiday at the coast, for example. They are also often used to bypass an obstruction that may pose a problem for the normal flow of traffic, such as a broken down truck that is disabled and cannot move. 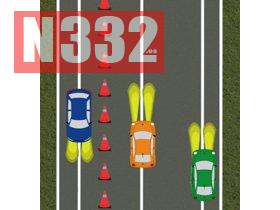 A lane normally used by traffic in the opposite direction, known as a contra-flow. These lanes are frequently used on motorways when traffic is diverted onto a lane on the opposite carriageway for example. 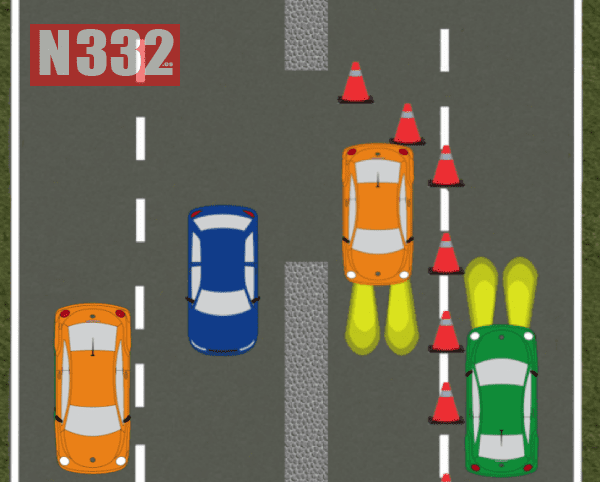 Here is the text from the article that explains this.