December 07, 2022
Home F.A.Q. Do you know the significance of these Spanish road signs?

Spain has recently updated the Traffic Law, with the intention of hopefully making driving a little safer, and has also introduced a number of new road signs, some of which you might be aware of as the concept exists in other countries, like the UK, but others which are unique to Spain.

Here are a few of those signs which have caused the most confusion amongst road users, not only those visiting the country, but also those who live in Spain. 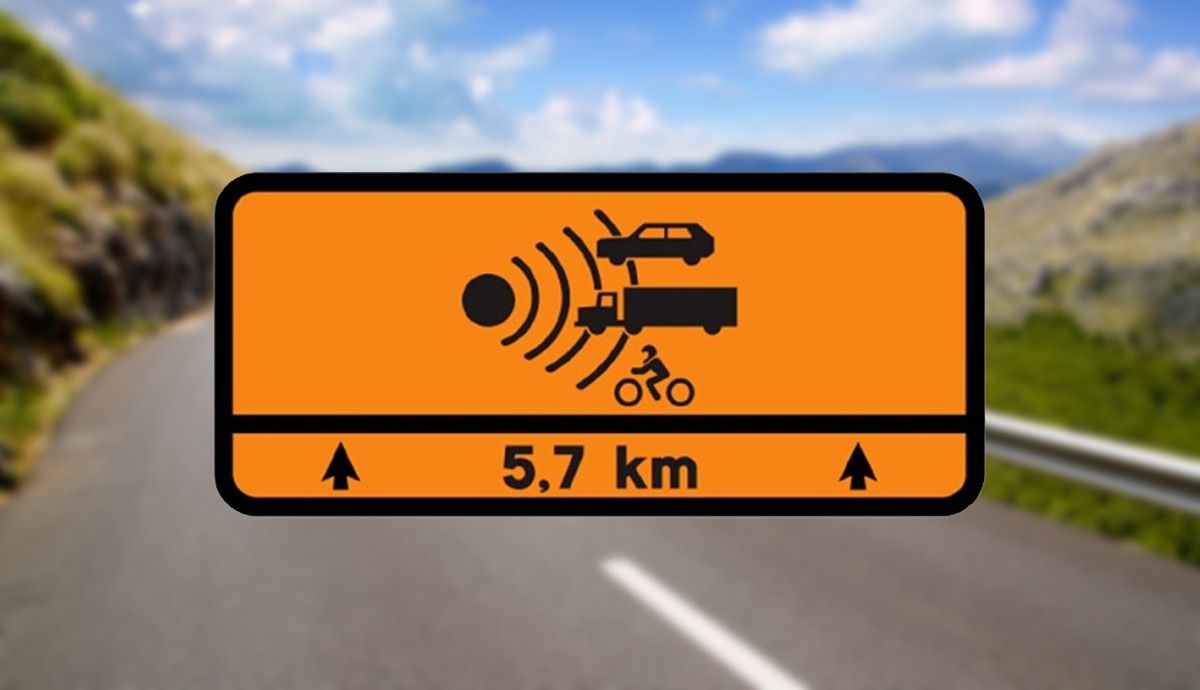 This sign was first introduced in March 2021, but has caused some confusion since. The pictograms suggest, rightly so, that this is indicating a “radar section”, in other words, a section of road where speed cameras are operating.

And it is true that, at first glance, the image of a car, a truck and a motorcycle approaching a point with waves together could seem to indicate the proximity to a section with the presence of radars. However, the crucial difference has always been in the orange colour in the background.

Actually, the purpose of this sign is to inform us that we are about to enter one of the 300 most dangerous stretches of road in the country. The radar element is true, as the sign also warns us that radar speed checks may be carried out at any time during the day or night, but the sign is intended to serve as a warning that extra vigilance should be exercised over the length of road often indicated with the sign, due to the high number of incidents previously recorded on that stretch.

The Spanish traffic authority, the DGT, set itself the goal of reducing the number of accidents on Spanish roads by at least 30% and, therefore, getting closer to the goal known as ‘vision zero’: no ​​deaths on the road. With this orange sign, they aspire to reduce the risk of an incident in these sections, controlling excessive speed and, therefore, reducing the danger… even if it is by using the resource of scaring the driver a little. 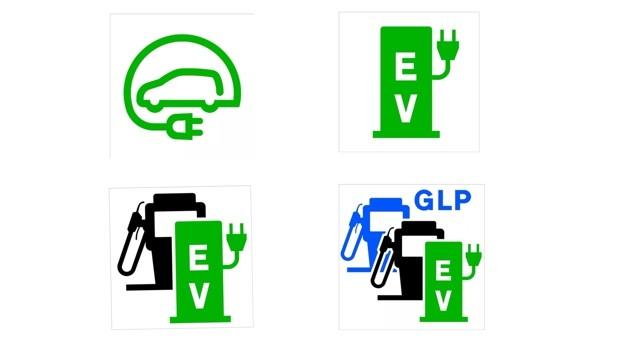 Of course, if you are not driving an electric car, you don’t need to worry about these. The pictogram you need to look out for looks similar to a fuel filling pump, in black. 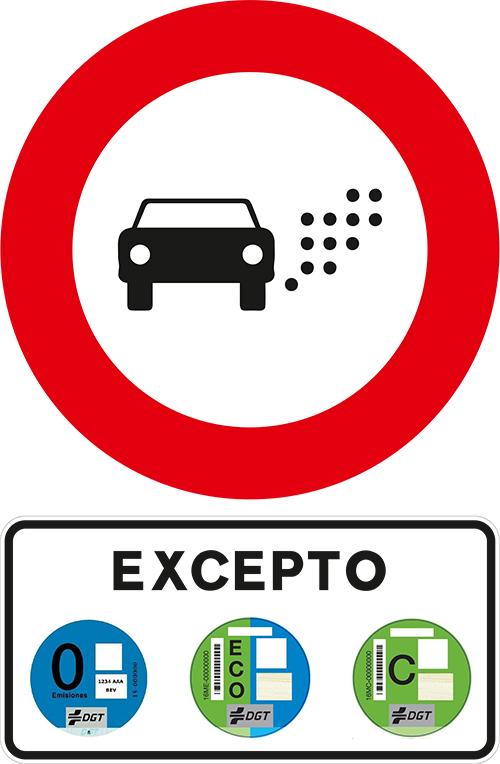 These zones are popping up in numerous countries. Emissions are increasingly controlled in large cities, and by the end of this year, all larger municipalities, that is those towns with more than 50,000 inhabitants, will have to have Low Emission Zones, and the result of which is this sign.

The sign serves as a warning that only those vehicles displaying an environmental sticker as indicated can enter the zone or risk a fine. 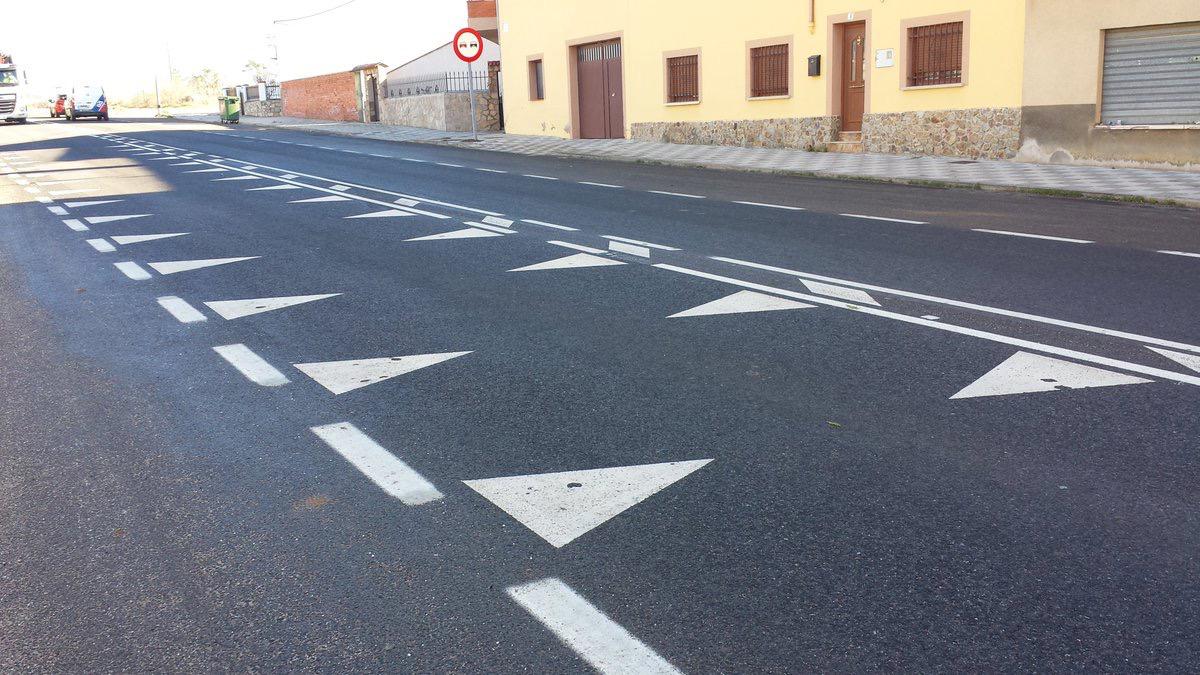 Their name says it all and is clear from the design, but don’t be scared if you find them. These “dragon teeth” are traffic calming measures and are currently being painted on some roads around the country as a trial.

They are intended to signal to drivers that they are approaching the beginning of a crossing, so you need to slow down. Thus, the driver will be able to slow down compared to the previous section to avoid a surprise. 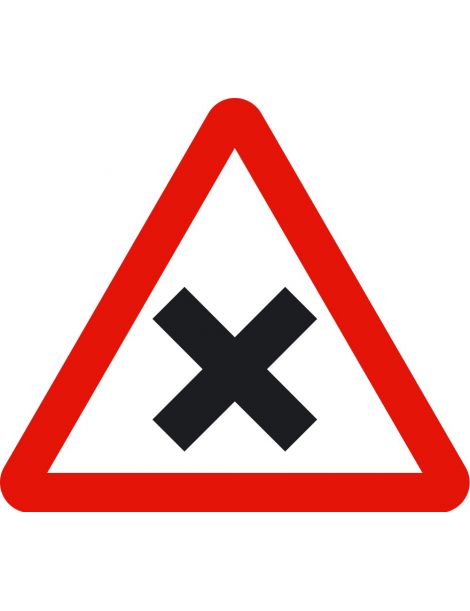 This is not a new sign, but we have included it as it does often confuse a lot of drivers.

This sign is warning the driver that you are approaching a junction, which may lack any other markings, so it might be an unmarked crossing. However, you should also be aware that the sign does not appear at all unmarked crossings, in fact, very few. The rules however apply if there is a sign or not.

At an unmarked junction, or one where this sign is visible, the priority belongs to whoever approaches from the right side. In other words, we must always give way to traffic from the right.

However, there are a few exceptions that need to be clarified so that you always know who has priority.

If it is a junction joining a road, the vehicle that circulates on the main road is the one that has priority on all occasions.