Starting in 2023, if a new car wishes to obtain 5 stars from Euro NCAP, it must include the Child Presence Detection System (CPD) as standard. This is stated in the new protocol developed by Euro NCAP (European New Car Assessment Program), the European program that assesses the safety of new cars, supported, among others, by governments, manufacturers, and automobile clubs. 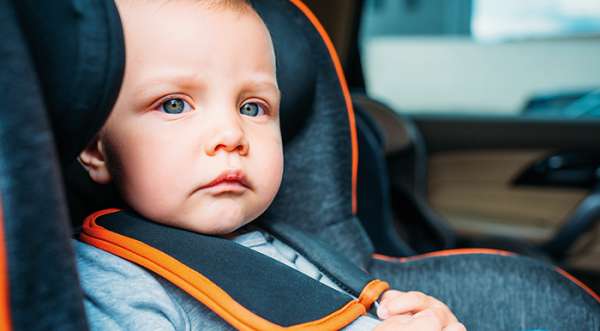 The CPD is a device that detects the presence of a child in their child seat or in another seat and sends an alert to the mobile phone of an adult responsible when the driver leaves the car. Starting in 2023, Euro NCAP will recognise the device especially focused on children under 3 years of age (those who show a greater risk). By 2025, the protocol will be revised again to include those over 3 years old who are also locked in the car.

The new Euro NCAP protocol wants to prevent minors from being locked in a car, either intentionally or unintentionally. For this, the CPD device must meet a series of requirements:

Detect the presence of a child and send different alerts to be able to intervene in an emergency.

Take into account all the probable positions of the minor within the passenger compartment of the vehicle: all rows of seats, optional and removable seats. Starting in 2025, the presence of a child in the driver’s seat and other areas such as the boot or behind the back of the rear seats will also be analysed.

Deactivating the system will be allowed, but it will reactivate automatically when starting the next journey.

The alternatives of the system to intervene in an emergency will also be evaluated: calling through the eCall system (mandatory in new cars since 2018), unlocking the doors so that you can get out or reducing the interior temperature.

For AESVi (Spanish Alliance for Child Road Safety), Euro NCAP’s decision is very positive. In this sense, Joan Forrellad, general secretary of AESVi and director of Research, Development and Design of Jané Group), has underlined how important it is to never leave a child unattended in a vehicle: “Even if it is a few minutes, such a situation can be fatal due to the minor’s inability to get out of the vehicle by themselves and a lower tolerance to high temperatures.”

How to act when we have an accident with children

During European Mobility Week, the Spanish Alliance for Child Road Safety (AESVi) recalls how we should act in the event of a traffic accident with minors. First, they underline how important it is to shorten rescue times and receive good care during the accident.

Juan Manuel Cervantes, member of AESVi and founder of the Traffic and Emergency Rescue Association (ARTE), assures that “the quality of accident management by the parents will produce short and long-term benefits for the child. By instinct If there are no serious injuries, the parents get out of the car and take the child in their arms without thinking that he has suffered the same accident as them and that we may be harming them.”

From AESVi, they remember that the child cannot be moved until the medical teams arrive and assess their condition. In addition, they recommend the use of paediatric systems for immobilisation and extraction in traffic accidents. In addition, they have put together a list of tips:

If possible, park the vehicle in a safe place, activate the hazard lights and wait for help to arrive.

Do not move the child to avoid causing new injuries that affect the spine.

If there is bleeding, pack the wound and press with the hand until rescue arrives.

Lightly cover the child, even if it is summer, to avoid losing heat (always without overheating the skin or making the child sweat).

Do not give food or drink or medication.

Remain by the child’s side at all times until emergency services arrive.

After a major accident, replace the child seat (SRI) or have it checked by a specialist.

Last year, 17 minors lost their lives in a road accident. In addition, 201 were injured and required hospitalisation, although these data are not yet definitive. Of these, 64 were occupants of passenger cars and vans and 52 of them were under 12 years of age.

Of those 52 children under 12 years of age, 8 did not wear a seat belt or CRS in the cars and vans in which they travelled.