With the start of the Euro 2016 football competition, we thought it appropriate to answer one of the questions that often comes up surrounding sporting features, “Can I put a flag on my car?”

The short answer is yes, so long as it complies with certain rules, as the last thing we want is to pose a danger to either ourselves or other road users.

Whether it is of a country, a football team or just a group to which you belong, carrying a flag to show your support is something that many people may consider, but it can also lead to fines from the traffic police if your flag does not comply with the regulations, not because the flag may show support for another country, but because they can lead to danger.

Artículo 14 of the Reglamento Circulacion deals with the distribution of loads, under the heading “Disposición de la carga”. Although a flag may not be considered to be a “load”, because it is an element which is additional to the normal fixtures of the vehicle, then it qualifies as such.

As such, in the interests of safety, anything carried on a vehicle must not drag fully or partially, fall or move dangerously, interfere with vehicle stability, produce noise, dust or other problems that can be avoided and must not hide the lighting and signals, number plates or anything else which could interfere with manual warnings of the drivers.

Anything which is placed outside the vehicle when it is moving will produce drag. Cars and road vehicles are designed through extensive testing in wind tunnels in order for them to minimise this.

Quite clearly, if a flag is of a large enough size, it will produce considerable drag. It may well interfere with the view of lights, number plates and other fixtures, and could blow or fall into the path of other road users, and is a risk in terms of becoming loose or entangles in either the vehicle carrying it, or others.

Therefore, quite clearly, large flags are not allowed. However, there are smaller, purpose built flags which are permitted. These are often seen attached to the windows of vehicles, or sometimes as part of the main structure, such as one might see in a Presidential limousine. 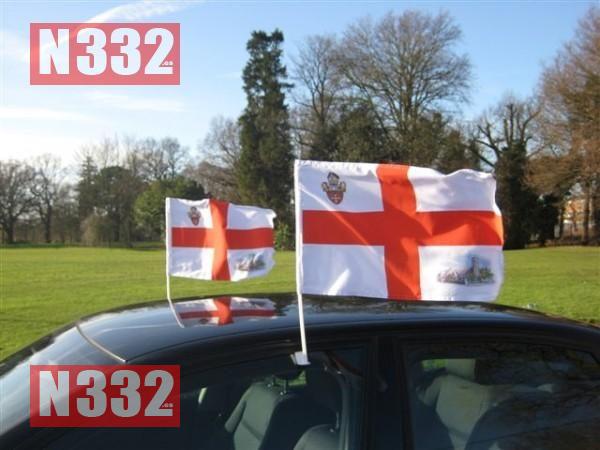 Similarly, there are other accessories available which can be fitted to a vehicle safely, such as covers for the wing mirrors, so long as the active view of the mirror is not obscured. 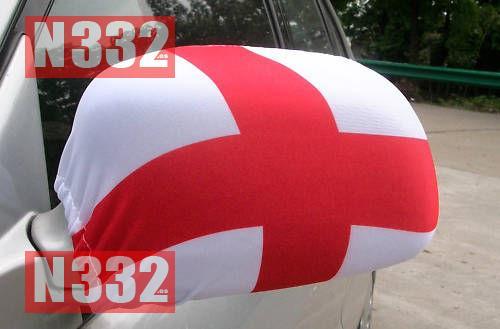 A flag draped or tied across the bonnet or roof, or any part of the vehicle, would not be permitted, nor would covers to the sun visors, which could interfere with the visibility of the driver.

There are some exceptions to this rule when a road is closed to normal traffic, such as when an organised parade is taking place, at which time, larger flags are permitted.

If you do wish to display a flag on your car during normal driving conditions, take into account the size of the flag as there are no approved flags for use on the car, and small enough to not pose any kind of risk. If you do this, your patriotism can be displayed for all to see, but fall foul of the law and the consequences will be a considerable financial burden.

If you would like to practice your Spanish whilst thinking about this rule, here is the extract from the Reglamento Circulacion.