The number plate on a vehicle serves as a unique visible indicator that allows for the identification of certain elements such as the vehicle´s owner, to those with access to the necessary database. For everyone else, it still serves to provide information which could be of use, such as the age of the vehicle if you are planning to purchase it, for example.

In Spain, number plates used to carry a distinction which identified where the vehicle was registered. This can still be seen on some older vehicles, such as the prefix “M” for Madrid, “A” for Alicante or “MU” for Murcia.

These days, the number plates don´t display those characteristics, but are formed by 4 numbers and 3 letters. If you check the DGT website, dgt.es, you will be able to see the current series of letters being used, which are JWP as of February, 2017. There are also apps available which will allow you to work back and show the age of a vehicle, or at least when the series in the number plate was being used. You can of course check the full vehicle history on the DGT website as well.

Normally, the number plate must be displayed, and in a fixed location such as the bumper, at both the front and rear of the vehicle. Some vehicles have special locations for the display of the rear number plate, which is also acceptable if that location is part of the original manufacturing specification and has been approved. Motorcycles and scooters (including microcars) must display their number plate at the rear.

There are very clear specifications for the number plate, in terms of the height of the characters for example, the colour, size and shape, all of which means that only certified manufacturers of number plates are allowed to make them. You are not allowed to simply take a piece of cardboard and colour it in with a crayon, for example. Tampering with the original number plate is also an offence. There have been countless occurrences of drivers attempting to mask the real number of their vehicle, sometimes using tape, sometimes using specialist sprays that claim to hide the numbers in the event of being snapped by a traffic camera. Whether these methods work or not is irrelevant, they are illegal. 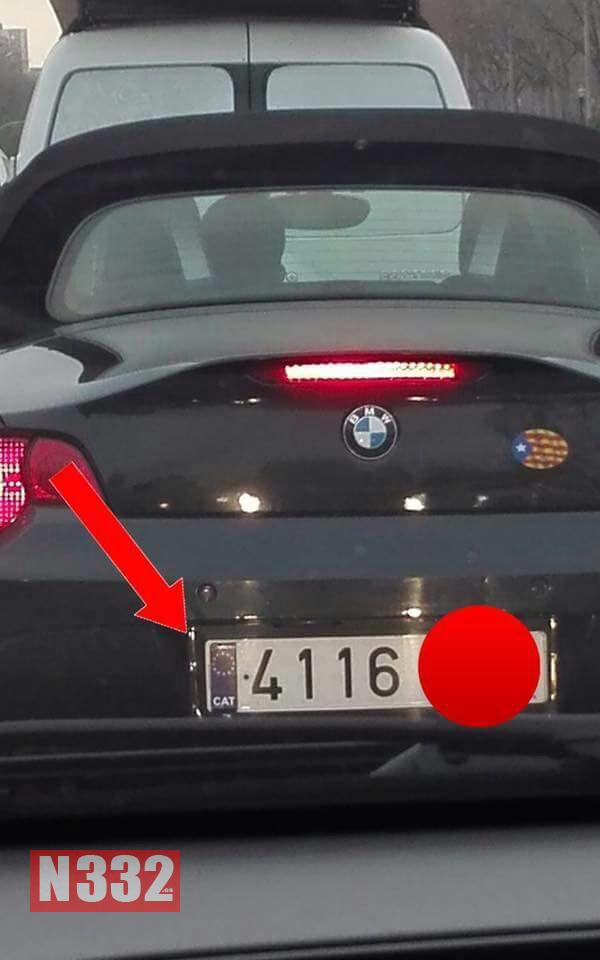 These days, new acrylic number plates are replacing the old metal ones. The metal number plates soon faded in the sun, rendering them both useless and illegal, whereas the modern acrylic ones remain clear at all times. If you do have a metal number plate, especially if it is faded, you really must get them replaced immediately. 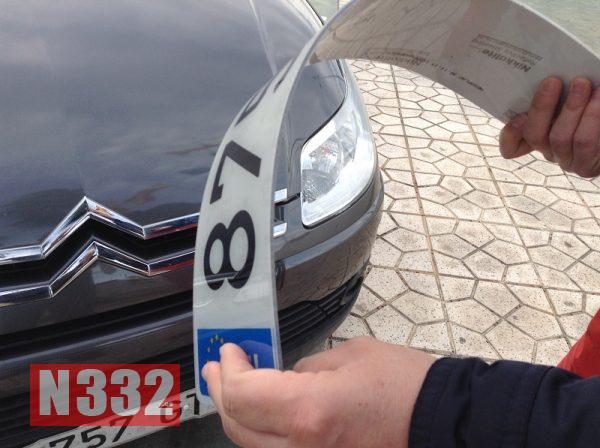 Metal number plates were also prone to damage. Sometimes an object may strike them and cause damage, and it was not unknown for children to occasionally inflict damage to them by bending them. Bending them back in shape often caused them to break. Their acrylic relatives are far more resilient to damage and bending, and last considerably longer. 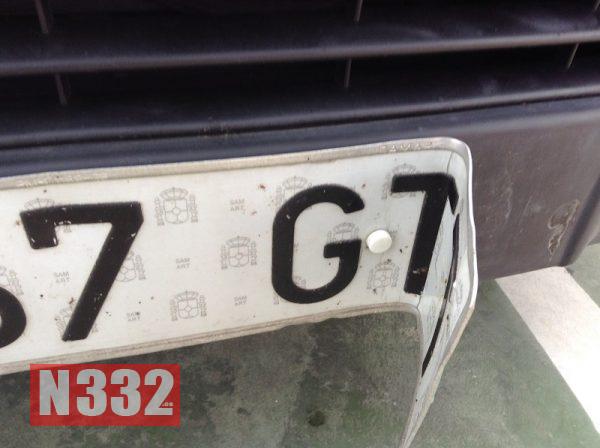 The number plate must be visible at all times, day and night, and must not be obscured by anything, including dirt. At night, it must be illuminated. You are also not allowed to alter the number plate in any way, such as putting stickers or name tags on it for example. Only number plates which are certified for use in Spain can be used on vehicles registered in Spain.

That is why, if you are towing a trailer for example, you must replicate the vehicle´s number plate at the back, in addition to the unique number plate of the trailer, if applicable. If you are carrying items such as bicycles, they sometimes come with an additional holder for the number plate, as the original may not be visible when obscured by the carrying frame.

It is also why the traffic police have been able to fine a number of Catalan drivers recently, who, in their hope of independence from Spain, are installing number plated displaying the Catalan flag, and three-letter code “CAT”, which is not currently (if it ever will be) recognised in Spain, and therefore illegal.