In order to clarify some of the confusion which has arisen over foreign residents in Spain changing their driving license for a Spanish one, the DGT has issued an instruction which details the obligations of both drivers and law enforcers in dealing with the issue.

Firstly, if your license has an indefinite date, or more than 15 years validity and you were legally resident in Spain before January 19, 2013, you should have already renewed your driving license. If you only became resident after that date, you have until 2 years from your date of residency to renew.

Secondly, if your license has expired or is due to expire, you must renew it in your country of residence, in other words, if you are a resident in Spain, your current license, once it expires, must be renewed in Spain.

Perhaps also important is the fact that Spain has adopted a transitional period in which those drivers who are resident must comply, on account of there being so many foreigners living in the country. No sanctions of fines would be issued before January 1, 2016, to allow drivers sufficient time to renew their license.

However, if a driver is stopped by traffic police and is found to be in violation of the rule and has not renewed their license and exchanged it for a Spanish equivalent, then their details would be recorded and forwarded to the DGT, where details would be added to the central computer system, so that if the driver is stopped again and is found still to have not changed their license within a six month period, and after the enforcement date of January 1, 2016, then sanctions would become applicable and a 200 euro fine would be issued. There will be leniency if the driver can prove that an appointment has been made and is due in which the renewal is scheduled if it is beyond the six month or final date period.

The driver, when stopped in the first instance, will also be given an information sheet, in Spanish, detailing the reasons why the license must be renewed, and the procedure for doing so. If there is any doubt as to the residency status of the driver, the law enforcers will still record their details and send them to the traffic department to investigate the official status of the driver in question.

The text above is a summary of the instruction, the full directive is available to read in Spanish, but we have extracted the most important elements here and translated them into English in more detail.

The directive explains in more detail how instruction 15/S-136, of the 9th of March, 2015, refers to infringements of Article 15 of the Reglamento General de Conductores, which are the regulations for drivers, and the obligation to renew the driving license for residents in Spain. Directive 2006/126 /CE of the European Parliament of 2006 and Royal Decree 818/2009, amends the regulations which came into force on January 19, 2013, and the unification of driving licenses across European Union member states.

Referring to the period of validity of driving licenses, set out in Article 2 paragraph 2 of the Directive, where the holder of a valid license without the administrative validity period specified in paragraph 2 of article 7, sets habitual residence in a Member State that issued your driving license, the host Member State may apply to permit administrative validity periods provided for in the Directive, by the renewal of driving licenses, from two years the date on which the holder established habitual residence in its territory.

According to this principle, Article 15 paragraph 4 of the Reglamento General de Conductores makes it compulsory for those driving licenses which carry an indefinite date, or more than 15 years validity for Group 1 drivers (AM, A1, A2, A , B and BE), or five years for group 2 (BTP, C1, C1E, C, CE D1, D1E, D, DE), and held by drivers who are resident in Spain for more than two years time, to renew their licenses.

Moreover, they must also renew your driving license holders legal residents having their community permits expired or soon to expire permission.

The directive also details procedure in the case of violations in the event of a driver not renewing a license in the country of residence.

Article 15, paragraph 4, option 5A of the Reglamento General de Conductores details how the rules relating to driving with a European license once residency has been achieved would come effective and enforceable from January 19, 2015, throughout the European territory.

The European Commission asked Member States to show flexibility in implementing this new regulation, since the main objective is to regularize the administrative situation of driving licenses for EU citizens. As Spain has a considerable number of citizens who must renew their licenses flexibility will be accompanied by communication and an outreach campaign to inform all European citizens living in the country.

Consequently, filing complaints and sanctions for drivers who have not renewed their license once the two year residency period has been reached cannot be carried out automatically, but would see drivers advised in the initial period of the need to change their licenses, whilst allowing a reasonable amount of time for the change and renewal of driving licenses to be made.

For these reasons, it is necessary to establish a transitional period during which drivers who have not yet complied with the law have ample time to become aware of the change. Therefore, the date of January 1, 2016, is the date when the law would become enforceable by fines, and sanctions must not be levied before that date.

The directive also points out that, as a general rule, all European driving licenses are valid for driving in Spain, having assumed that it has been issued or renewed by the relevant authorities of a member state, as well as other considerations relating to residence and compliance with the other requirements.

Principally, the directive also requires law enforcement officers to check the reverse of the driving license for validity, not just the front. This is to ensure not only that the permit has not expired, but also to check for an indefinite validity or if it exceeds 15 years of validity for AM, A1, A2, A, B and BE, or indefinite or more than 5 year validity for BTP, C1, C1E, C permits, CE D1, D1E, D, DE. 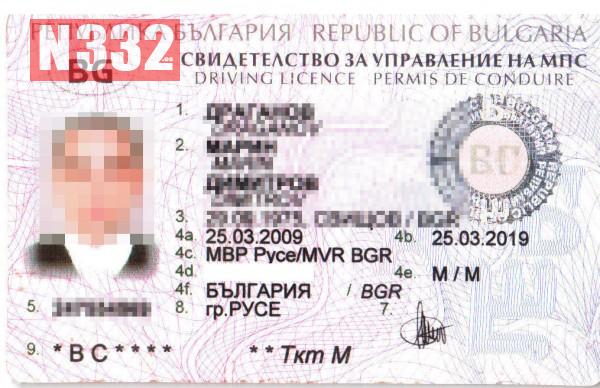 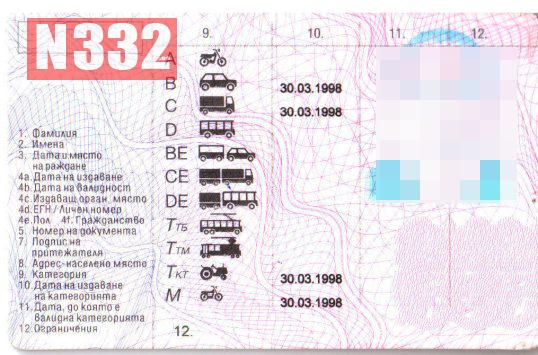 In both cases, the officer would issue an information sheet to the driver, in Spanish, which contains all of the relevant information required to renew the license and the reason why it has to be done. The officer would then complete a form detailing the driver´s and license information, which would then be sent to the traffic department for registering. The driver would then be informed that they must comply as soon as practicable, and within six months, and in any case, no later than January 1, 2016.

If the driver is stopped again after the required period, it will be reported as a serious breach of Article 15.4 of the Reglamento General de Conductores, with the driver punishable by a fine of 200 euro.

Moreover, if there are doubts about the driver’s residence in Spain, the details must still be recorded by the officer and forwarded to the Provincial Traffic Department, which is responsible for conducting the relevant preliminary investigation in order to investigate the residency of the driver.

The Provincial Traffic will check the information sheets and data collected by officers in order to record a history of the driver and issue an advisory notice recording the facts. If that driver is stopped after the six month period or the final date and is still in violation of the rules, but can prove that an appointment to renew the license has been made, then that driver will not be penalised.

You can read the entire instruction, in Spanish, in the window below. Hover over the page and use the NEXT button to move to the next page. To download the instruction yourself, right click this line and choose “Save file as…”, or “Save to local computer”, or the equivalent on your browser.