A lot of focus is put on more vulnerable road users, and for all the right reasons, on account of the very fact that pedestrians, cyclists and motorcyclists usually come of worse in a crash, but there are other road users who could pose a hidden problem. 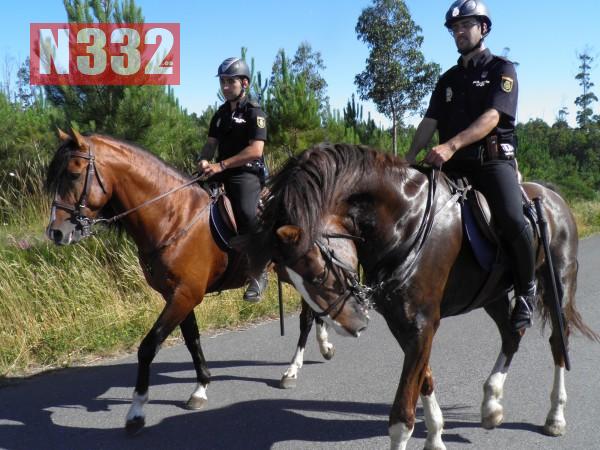 Sometimes, there comes a need to share the road with other, more traditional vehicles, powered by a means that may result in sudden and dramatic actions, on account of these road users having no concept of what roads or traffic are about, horses.

In April, the people of Seville celebrate one of their biggest local fiestas, the Feria de Abril, or April fair, an traditional event attended by around 5 million people each year that dates back to 1847 as a livestock event. These days it is more a celebration of colour, music, dance, and of course horses.

Replica events take place around the country at different times. In Torrevieja, the May Fair is exactly that, a replica of the main fiesta of Seville, which is traditionally held in the port area of the city centre.

These events see numerous horses, some pulling carts, mixing with the normal flow of traffic at times. As horses tend to travel a lot slower than other road vehicles, it is crucial that motorists are aware of how to deal with them.

It is not entirely about fiestas however. Although they may be considered something on an antiquated form of transport, horses are making a return to many streets of Spain carrying out transport duties on a regular basis on account of both their cost saving abilities and environmental benefits.

Horse-drawn carriages are often common in tourist locations and city centres, but it was only recently that Barcelona city council granted a license for a funeral director to carry out the last journey to the cemetery by horse-drawn hearse. 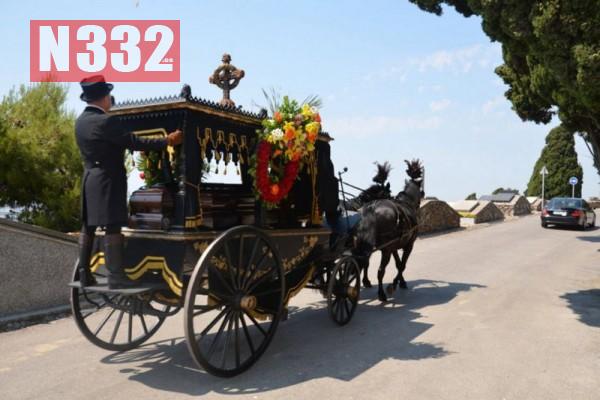 In July, 2014, the Alicante town of Monforte del Cid became the first local council to introduce the horse and cart as part of its household waste collection service, reducing the bill of 400,000 euro by half to just 200,000 euro. 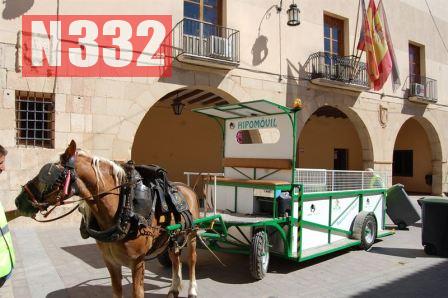 The police and Guardia Civil in Spain both have mounted sections, apart from dealing with crowd control, police horses are a common sight in the capital as horseback patrols take to the streets on a regular basis, whereas the Guardia Civil often use their four-legged assistants to reach more rural areas than foot or motor power can reach. Horses are also showcased in a ceremonial manner too, a popular spectacle for many to observe. 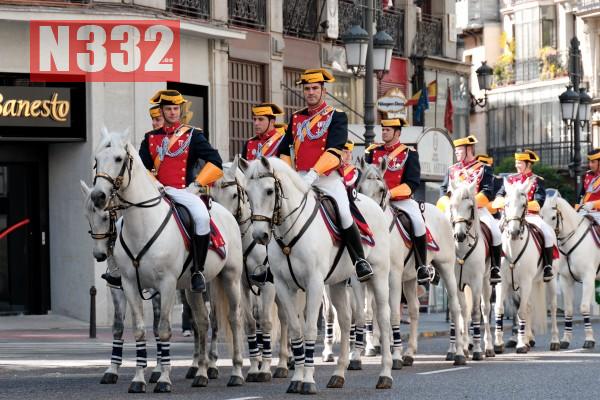 When it comes to dealing with horses, the advice for motorists is, perhaps as always, expect the unexpected. Slow down and be ready to stop if necessary whilst keeping a sharp eye out for signals given by the rider asking vehicles to slow down or stop.

You should watch out for sudden movements as horses can be easily frightened and unpredictable. Keep the noise down to a minimum so as not to startle the horse, so avoid sounding your horn, revving the engine, and even keeping music at a low volume level.

Take extra care on bends, narrow roads or brows of hills, always keep well back and give the horse plenty of room, and if you do get an opportunity to overtake in a safe position, pass wide, slow and quietly, avoiding any sudden moves, giving the horse plenty of room. Once you are clear, you can then accelerate, but do so gently, never speed away, do everything slowly and calmly. 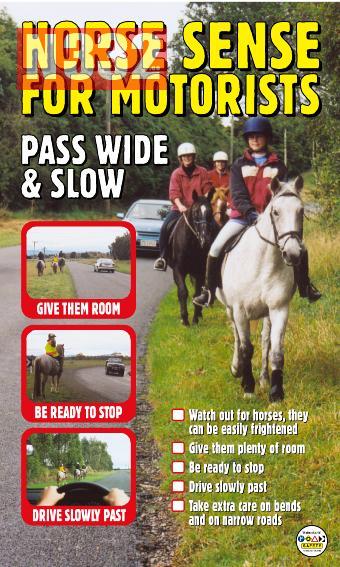 Article 17 or the Reglamento General de Circulación, deals with the control of vehicles or animals, and states that drivers must at all times be able to control their vehicles or animals, and when approaching other road users, they must take the necessary precautions for their safety, especially when it comes to children, the elderly, blind or other persons clearly impaired.