The motorcycle has been gaining ground in the city for years. Agile –in all the comparisons, it ‘saves’ a third the travel time compared to a car–, it occupies 5 times less space than a car, it is easily parked… For this reason and despite the pandemic, sales grew in Europe by 1% in 2020 -according to the European Association of Motorcycle Manufacturers- and, although Covid-19 affected its use, its use grew as all non-shared vehicles grew out of control. 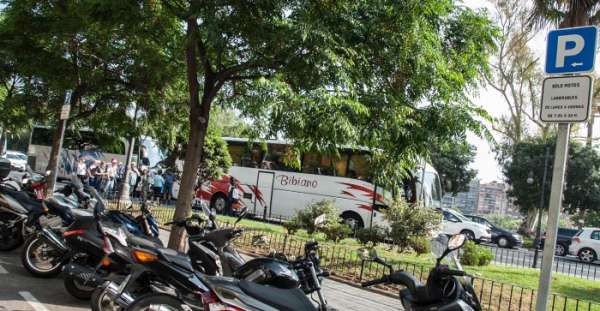 Years ago, the DGT authorised drivers of a standard car licence the ability to drive motorcycles of up to 125 cc, so long as the category B permit had been held for 3 years. Another example of its progress as an element of mobility are shared use systems, present in many cities through companies such as Muving, eCooltra, Acciona …, which are rented and paid for through apps on smartphones.

There are also many municipal initiatives to promote its use: for example, some cities have set up reserved parking areas for motorcycles or allow them to be parked on the pavement –depending on the width and whether they leave space for pedestrians–; Others exempt electric motorcycles from paying in regulated parking areas, allowing them to circulate on special lanes or implement advanced stop areas before traffic lights … There are even autonomous communities that provide aid for electric motorcycles.

In addition, the modification of the Traffic Regulations prepared by the DGT will affect motorcycles. For example, it will introduce the possibility of driving on the hard shoulder (in congested areas and, at a maximum, at 40 km / h) and will force the use of gloves, it will open the arrival of new technological security elements and will regulate intercoms.

ANESDOR, DGT, RACE and DORNA recently launched the #PonteUnAirbag campaign to raise awareness among motorcycle and moped users of the advantages of wearing garments with an airbag. Pere Navarro compared the use of this element with the implantation of the helmet: “The airbag is going to be an essential element to protect critical areas of the thorax, where 35% of deceased motorists and more than 25% of those hospitalised suffer torso injuries. From the DGT we clearly bet on its use, and we will incorporate it into the equipment of the motorcyclists of the Traffic Group of the Guardia Civil”.

The truth is that the research and launch of new safety elements for the motorcycle also measure the importance of this vehicle in mobility.

From messengers to delivery men

The agility of the motorcycle in the city and its ease of parking have always found a place in the cities. Several decades ago, the streets were filled with couriers, carrying documents or objects at maximum speed. Now, with the rise of electronic commerce, this has been transferred to the delivery of goods at home and to food delivery people, who by bike or motorbike, ‘surf’ the traffic not always respecting rules, only driven by the speed of delivery.