February 03, 2023
Home F.A.Q. Signs and Signals What do the green lines painted on some roads mean?

Some areas have been testing them since January, 2017, but given their success through the trial, you might see an increase in places where green lines are painted along the side of the road. But, what do they mean? 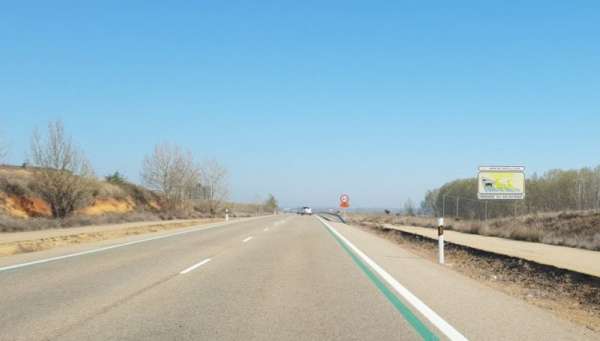 You might think they are related to parking, like yellow or blue lines indicate restrictions, or even special areas such as the congestion charge zone in London, but in fact the green lines have no relevance to either, they are simply aimed, and so far successful, at increasing road safety through psychological influence.

Using paint on the road has already been a proven method within the “Traffic Calming Measures” armoury. Painting large areas which seemingly narrow, for example, tricks the brain into thinking you are driving faster than you are, the result being an instinct to slow down.

These green-lined areas have shown similar results whilst they were undergoing testing, initially in Castilla y León , where more speed checks and cameras were also installed, collectively reducing the number of incidents by 60%.

The green lines are part of a pilot project that was been launched in Spain, taking advantage of the experiences of Sweden and the Netherlands, where it was already proven that these lines cause a reduction in speed on the roads where they are painted.

The most unusual element in the scheme is the colour, green. When used as a coloured signal to indicate permission to proceed (if the way is clear and safe), when painted in the form of lines, many drivers associate them with forming part of a speed control and subsequently slow down.

Of course it is possible that they do in fact form part of a speed control zone, so it´s not a good idea to become blasé about them if you do see green lines, but overall the idea is that if more areas can be created that give the impression of being zones where speeding may result in a fine, more drivers will slow down, the result being safer roads without the need for enforcement.

After all, when it comes to traffic violations such as speeding, we must remember that if we do choose to break the law and go over the maximum permitted limit, then it is entirely the choice of the driver, who must then face the consequences if anything happens.