A lot of people in Spain are asking how the Spanish laws on appropriate footwear differ from the UK. You can read more about wearing flip flops and high heels when driving in Spain on the website, and then you can compare the UK rules which we explain here. 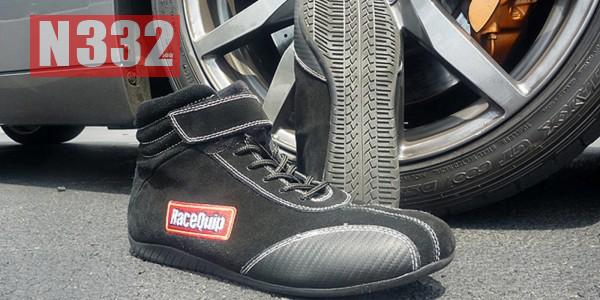 Wearing appropriate footwear is a must when driving. When you think about the physical process required to make a vehicle go, turn or stop, all of the actions are performed by our hands and feet.

In the UK, Rule 97 of the Highway Codes states that before setting off, you should ensure that “clothing and footwear do not prevent you using the controls in the correct manner”.

If we consider a driver who is barefoot, for example, there is nothing illegal about this, but controlling the clutch, and even the brakes, can require a lot of pressure, which may prove difficult if a driver is barefoot. Feet can sweat and reduce the traction and wearing of socks or stockings is not ideal either, on account of the pressure needed.

Flip flops and sandals are considered by far the most dangerous of all inappropriate footwear. Shoes which don´t fit securely may fall off when driving and can get in the way of the pedals. Equally dangerous is how the foot can slip whilst the shoe remains in contact with the pedal, thus reducing braking time and causing a considerable risk when stopping.

High heels also pose their own problems, largely because these shoes are designed to alter the shape of the foot and ankle in order to raise the profile of the wearer. That´s all very well for a glamorous stroll through a prestigious event, but when sitting in a driving position the shape of the shoe prevents correct contact with the pedals, again reducing the response time.

Other than in the Highway Code, there is no specific law about footwear in the UK, but wearing inappropriate footwear could contribute to an incident for which accountability could be deemed to be the driver´s if they have not adhered to the rule, and are prevented from using the controls in the correct manner.

Supposing a lack of control of the clutch makes the car lunge forward and hit something in front, or the reaction time is reduced due to stumbling feet and you are unable to stop before hitting an obstacle, if it is likely that the inappropriate footwear was a contributing factor, the driver may well see a fixed penalty notice issued. Similarly, if an insurance company decides that inappropriate footwear was a contributing factor, it may lessen the compensation amount in the event of a claim.

As for choosing the most appropriate shoe for driving, comfort is important and a flat shoe that will not easily slip off is best, not too wide and secure. You can buy specific driving shores, but laced, velcro or secure slip-on plimsolls or trainers are ideal, so long as they are flat, with rubber grip on the underside which provides excellent traction and control over the pedals.

Shoes that allow the driver to feel the pedal through the shoe, whilst still being able to apply sufficient pressure without discomfort, are the best for the job.