An 18-year-old man was charged with drunk driving recently, but he wasn´t driving a car, he was simply riding along on an electric scooter, so how could he be fined? 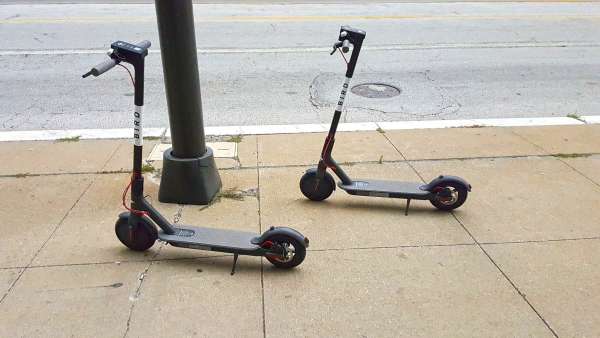 The simple answer to the question is this. There are only two basic types of road users, pedestrians, and vehicle users. A pedestrian is quite simple to imagine or understand, it is a person walking. But a vehicle user is also simple to understand too.

A vehicle, in its most simple form, is anything that it s propelled on wheels. With that statement we will not get into an argument about tracked vehicles, we are just being simplistic for the purpose of explaining a concept. We could easily say that a vehicle is anything that is not solely propelled by the manual movement of human extensions making contact with the road surface, or feet on the ground, but let us just keep it simple.

So, with that idea in mind we can understand why the boy was charged and fined for drunk driving, because the scooter was a vehicle. Whether it is a scooter, moped, or a bicycle, trike, quad, car, truck, bus, tank (there you go, we will include a tracked vehicle), to name but a few, if you are using them on the road, assuming they are permitted, then they are classified as being a vehicle.

You are therefore subject to all the same laws as a vehicle user, including alcohol and drugs, stopping at stop signs, only riding in the correct direction on a one-way street, whatever it might be, if a rule is in place for which a vehicle must comply, then scooter users, cyclists, whoever and whatever vehicle they are moving in, must also abide by the rules of the road.

On the occasion of the scooter rider being stopped and fined, he was seen to be swerving along the road, and so was presenting a danger to himself as much as others, which is what these laws are set to protect, all road users.

A the moment, mandatory insurance is not required, nor is a driving licence for many of these smaller vehicles, although we are still expecting stricter usage guidelines and legislation to be implemented in the first half of this year which will see stricter use for these personal mobility vehicles, but until them, they are still classified as vehicles when used on the public road.