The motorbike is one of the most useful vehicles that traffic police officers have. 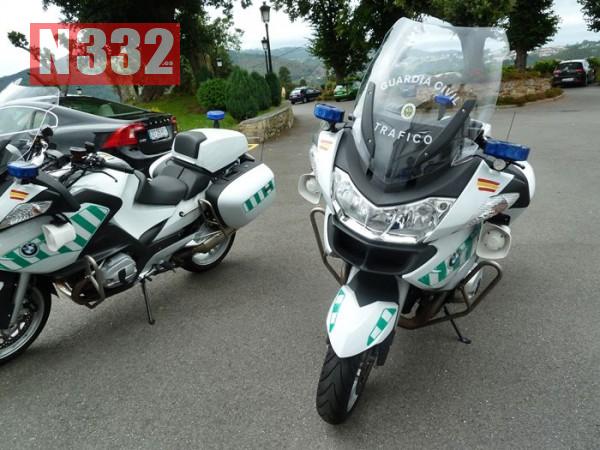 It is fast, manageable and able to outrun most cars on the road, whilst taking up minimum space and providing additional safety for both the rider and other road users.

At the moment, there are two main types of bike operated by the Guardia Civil, the traditional and trusted BMW, and the more modern, and more powerful, Yamaha FJR 1300, which is gradually replacing the old work-horse. 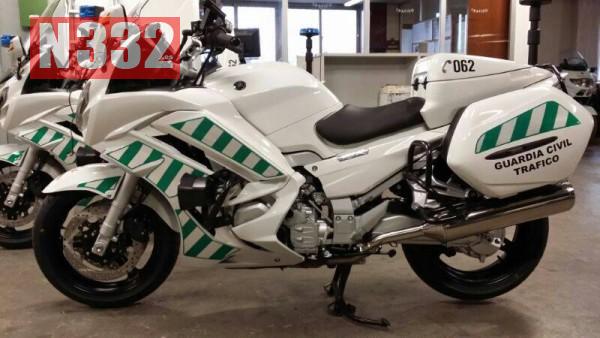 By comparison, the FJR 1300 has a 1,298 cc inline-four liquid-cooled, DOHC, four valves per cylinder, electronic fuel injection engine, offering 141.5 hp. The bike under normal conditions has a top speed of around 240 kilometres per hour, although is considered more fuel efficient under normal road speed conditions. 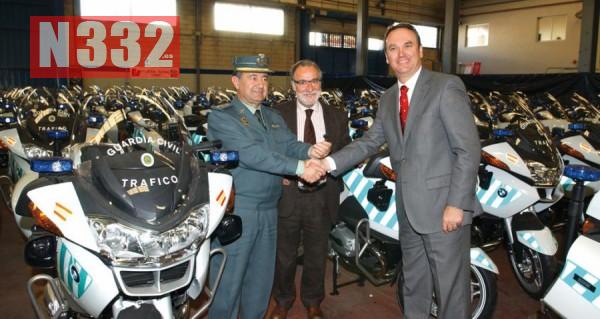 The new bike was introduced early last year to a few choice areas of the country, in order to test the vehicle under normal operational conditions, and will continue to roll out throughout the country shortly. Orihuela has just taken delivery of their first batch.

The Guardia Civil in Torrevieja currently use the BMW R850RT, an 848 cc, a four stroke, two-cylinder, horizontally-opposed Boxer engine equipped motorbike, offering 73 hp and a top speed of 186.2 kilometres per hour. From a cruising speed of 60 kilometres per hour, the bike can stop in just 14.2 metres and from standing can go from zero to 100 kilometres per hour in just 5.8 seconds. It is scheduled to be replaced in the next couple of years.

The Guardia Civil motorbikes are equipped with a range of safety and security equipment to allow the officers to perform their duties in remote locations. Like most police motorbikes, they are adapted so single seat models, allowing for more space to carry the equipment needed in their fixed, sturdy panniers.

The bikes are equipped with sirens and lights and carry a fire extinguisher. They also have fixed holders and brackets for the PDA personal digital assistant and printers, so that nothing moves whist the bike is in motion. In addition, the officers carry documents to enable them to make reports when there is a minor accident. 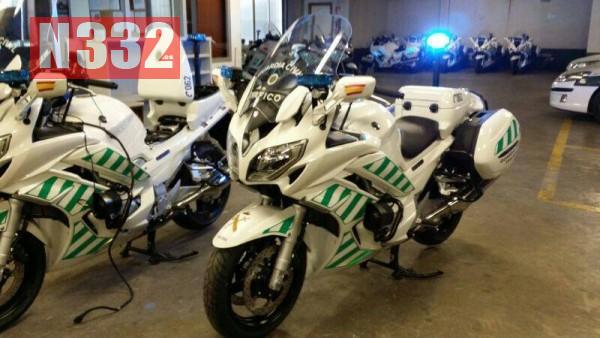 The helmets are equipped with Bluetooth which is connected to a radio in the rear of the bike so the officers can communicate with both the central control centre to enable them to request information such as number plate identification whilst riding, as well as checking the status of the ITV, insurance and driving license of the vehicle owner. The radio also allows direct communication with their colleagues.

In order to keep the bikes in premium condition, they are serviced by the official garages, BMW or Yamaha, every 5,000 or 10,000 kilometres depending on what the motorbikes need. In addition, the wheels are changed every 7,000 kilometres for safety reasons.

Some of the bike had been fitted with cameras in the past, but these were part of a testing scheme for Automatic Number Plate Recognition (ANPR), they were not hidden speed cameras or radar detectors as some people thought. Although if you think that means they can´t test your speed, think again, the Guardia Civil have a range of speed detectors, so you never know when or from where you are being watched.

Although highly trained on the machines, in fact the training scheme is one of the most highly respected across European police forces, one of the unusual characteristics of the Guardia Civil traffic police is that all of the officers ride motorbikes and drive cars as part of their routine duties, so it is quite normal for the officers to be using different modes of transport on a daily basis.