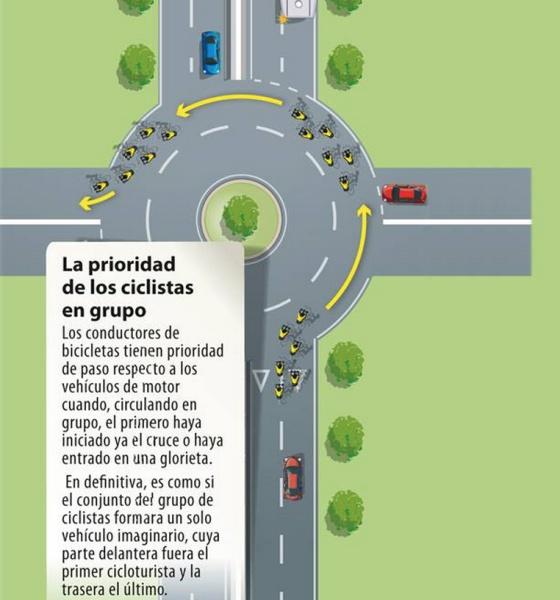 On an open road, remember that you must be able to safely pass a cyclist with at least 1.5 metres space between your vehicle and the cycle. This is also the only time it is permitted to cross the solid white line, if necessary, but only if no other vehicles are approaching, and that you can see that it is safe to proceed.

A cycle is treated the same as any other vehicle when on the road, therefore cyclists are also reminded that they too must comply with the same laws as other vehicles.

As well as many other rules particular only to cyclists, such as ensuring you can be seen, wearing a helmet out of town (children at all times), for example, you must also have a bell on your bicycle.

Similarly, you are not permitted to use a mobile phone when cycling, or wear headphones, as you too must maintain attention to the road at all times, just like all road users.