December 06, 2022
Home F.A.Q. Traffic Offences that can Lead to Prison

Sometimes due to carelessness, or sometimes intentional disregard for the rules, it is quite common for drivers to receive a fine at the roadside, or at home, and lose several points from the driving licence, but, in some cases, traffic offences can lead to a prison sentence.

The most reckless motorists have a good chance of committing a crime against road safety, rather than just an infraction, ending up in court and being convicted, and receiving a prison sentence for their actions. Crimes are what can lead to prison.

According to the latest data published by the Ministry of the Interior, in 2020 there were 4,542 people deprived of liberty in Spain with some type of crime related to road safety. The figure represented 9% of the prison population. Of these, 1,159 had road safety as their main crime (2.3% of people in prison). 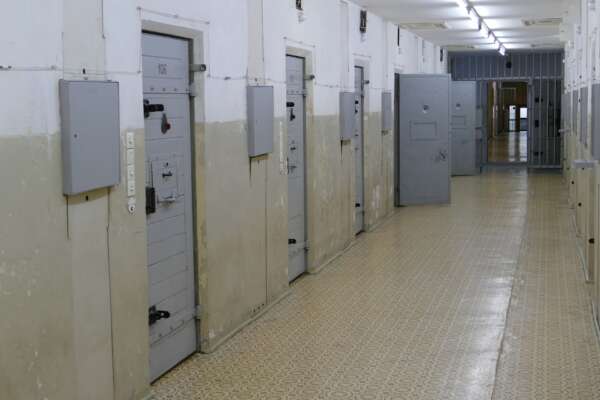 So how severe must the offence be to lead to prison?

Drug or alcohol use

Article 379.2 establishes as a crime “driving under the influence of alcoholic beverages, toxic drugs, narcotics or psychotropic substances.” In the case of drugs, it is a difficult article to apply, since an objective rate is not established, as is the case with alcohol consumption.

From an administrative point of view, however, the simple presence of drugs in the body is enough to fine 1,000 euro for driving under the influence of drugs and the loss of 6 points.

Although it is widely agreed that the only safe level of alcohol before driving is zero, in Spain you can drive with a maximum of 0.25 milligrams of alcohol per litre of exhaled air (0.50 grams per litre of blood). For professional and novice drivers, the maximum rate allowed is 0.15 mg/l or 0.30 g/l.

If these limits are exceeded, the motorist will be punished with a fine and an administrative sanction, but it is considered a crime when 0.60 mg/l (expired air in the breathalyser) or 1.2 g/l (analysis of blood).

In this case, article 379 of the Penal Code establishes that the driver may be punished “with prison sentences of 3 to 6 months or a fine of 6 to 12 months or with work for the benefit of the community of 31 to 90 days and in any deprivation of the right to drive motor vehicles and mopeds for more than one and up to four years”. If the accused accepts the facts and pleads guilty, the sentence can be reduced by a third.

Refusal to take a breathalyser or drug test

The Penal Code (article 383) punishes as the perpetrator of a crime of serious disobedience the driver who refuses to submit to alcohol or drug tests with a prison sentence of six months to one year, and deprivation of the right to drive motor vehicles and mopeds for more than one and up to four years.

Stepping on the accelerator more than necessary can also result in a criminal conviction, as indicated in article 379.1. Those who circulate “at a speed greater than 60 kilometres per hour on urban roads or 80 kilometres per hour on interurban roads than that permitted by regulation” will be punished, that is, 110 km/h in the case of a road with a limit of 50, or 200 km/h on a motorway, for example.

In sections with a limitation lower than the generic one, the rule is applied to the lowest; For example, on a mountain highway limited to 80 km/h, driving at 160 km/h will be considered a crime.

The punishment is similar to that of other cases: prison sentence of three to six months or a fine of six to twelve months and work for the benefit of the community of thirty-one to ninety days, in addition to the suspension of the permit of between one and four years.

Driving without a licence

There are three cases related to driving without a driver’s licence. It is considered a crime to get behind the wheel after having lost all the points of the permit, but also to do so after having been provisionally or definitively deprived of the permit or licence by judicial decision, or without ever having obtained a driving licence.

It is important to carry your driving licence with you when driving, otherwise there may be no way of proving your authority to drive and you could find yourself arrested whilst pertinent checks are carried out.

“Whoever drives a motor vehicle or a moped with manifest recklessness and puts the life or integrity of persons in concrete danger shall be punished with prison sentences of six months to two years and deprivation of the right to drive motor vehicles and mopeds for more than one and up to six years”, says article 380.

For the most flagrant cases, article 381 criminalises reckless driving with manifest disregard for the lives of others, with prison sentences of 2 to 5 years, a fine of 12 to 24 months and deprivation of the right to drive for a period of 6 to 10 years.

Abandonment of the accident site

The last modification of the Penal Code related to road safety occurred after the approval of an organic law that typifies the “crime of abandoning the accident site”, a habitual attitude on the part of some drivers in the case of hitting a cyclist or pedestrian.

If the driver who causes an accident flees, leaving a person who has suffered injuries constituting crimes, a sentence of between three and six months in prison may be imposed. If a person dies as a result of the accident (at that time or sometime later), the penalties could reach up to four years in prison.

The penalty also depends on whether the origin of the accident is fortuitous or is due, in the worst case, to a serious recklessness of the motorist, “particularly when the driver of the motor vehicle or moped drives under the influence of toxic drugs, narcotics, psychotropic substances or alcoholic beverages or speeding”. In any case, the punishments also include a ban on driving motor vehicles.